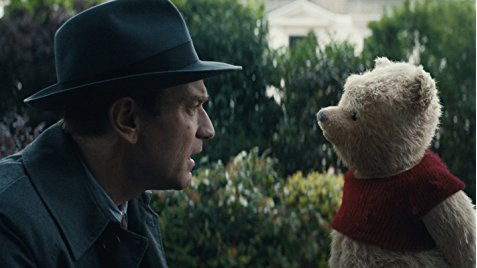 Christopher Robin is an upcoming movie from Walt Disney Pictures. It is the latest of the live action remakes, following 2017’s Beauty and the Beast. The movie is about Christopher Robin, who is now grown up and has lost his sense of imagination. However, Winnie the Pooh and all of his friends come back into Christopher Robin’s life to help him. The movie stars Ewan McGregor (Christopher Robin), Jim Cummings (Winnie the Pooh), Chris O’Dowd (Tigger), Brad Garrett (Eeyore), Toby Jones (Owl), Nick Mohammed (Piglet), Peter Capaldi (Rabbit), and Sophie Okonedo (Kanga). I am excited for this movie. The trailer looked kind of cool. Winnie the Pooh and friends will be actual stuffed animals that talk. The cast is also pretty good. Ewan McGregor played Obi-Wan Kenobi in the Star Wars prequels, Jim Cummings has been voicing Pooh for years, and Christopher Robin’s boss is Mark Gatiss. Some people might recognize him as Mycroft in the show Sherlock. Christopher Robin comes out August 3, 2018 and is not yet rated, though it will probably be PG.