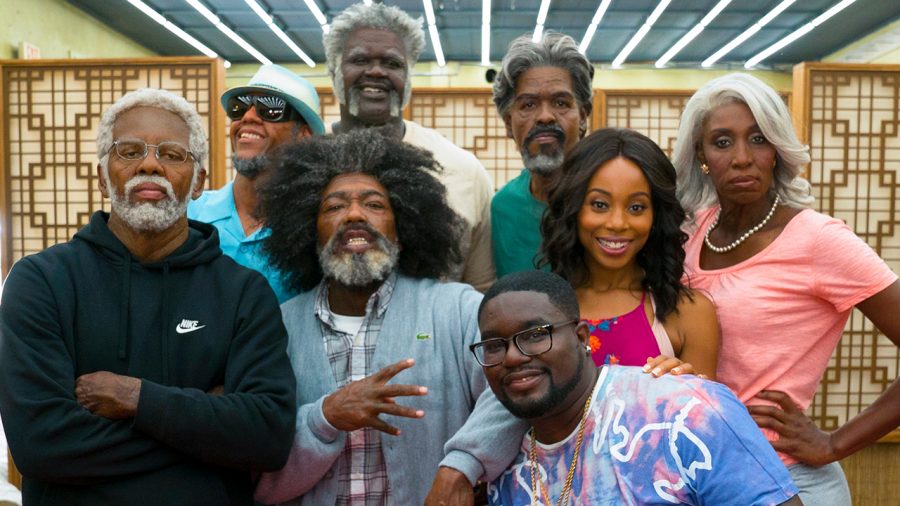 The team in Uncle Drew.

Uncle Drew is a new movie from Temple Hill Entertainment. It is about a young man named Dax who wants to bring back a former playground basketball player named Uncle Drew. Dax wants Uncle Drew to compete in a tournament with Dax as the manager. Uncle Drew agrees but wants to get his old team (and I literally mean “old”) back together. The movie stars Lil Rey Howery (Dax), Kyrie Irving (Uncle Drew), Nick Kroll (Mookie), Shaquille O’Neal (Big Fella), Reggie Miller (Lights), Chris Webber (Preacher), and Nate Robinson (Boots). I think this movie looks funny. I saw the trailer when I went to see Avengers: Infinity War and I laughed. Seeing Uncle Drew collect a team of elderly basketball players looks hilarious. I think sports fans would definitely like this movie and people who like comedies will also enjoy it. Uncle Drew comes out June 29, 2018 and is not yet rated, although it will probably be PG or PG-13.