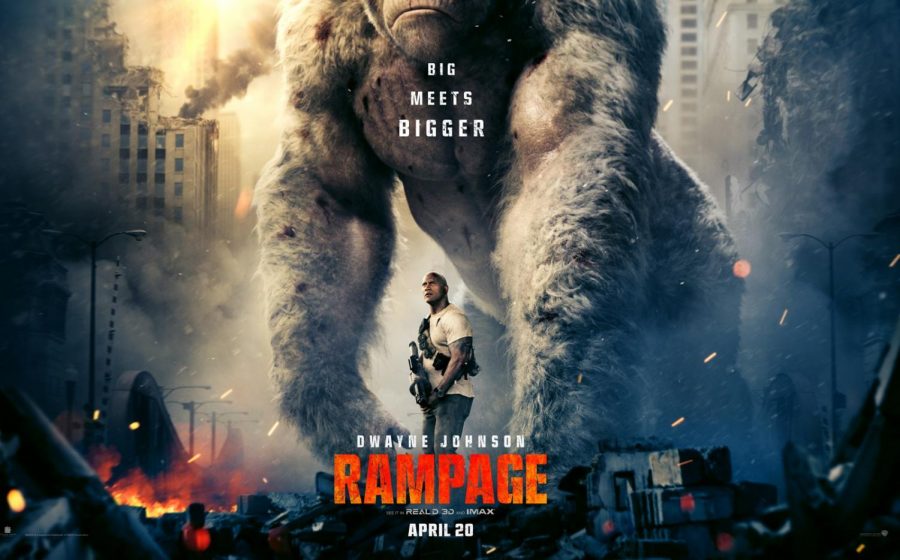 Rampage is an upcoming movie from Warner Bros. It stars Dwayne Johnson (Davis Okoye), Naomie Harris (Dr. Kate Caldwell), Malin Akerman (Claire Wyden), and Joe Manganiello (Burke). The movie is based on the video game series of the same name. It is about a primatologist named Davis Okoye. He is friends with an albino gorilla named George. But, George undergoes an experiment which makes him giant and angry. The same experiment has happened to a wolf named Ralph and crocodile named Lizzie. The three monsters start rampaging across the country. Okoye must team up with others to stop the creatures from destroying the world. This movie is a typical action movie. But, it looks fun enough and fans of the video games will have a good time. Rampage was originally going to come out on April 20, 2018, but thanks to Avengers: Infinity War moving up, so did it. It now comes out on April 13, 2018 and is rated PG-13.