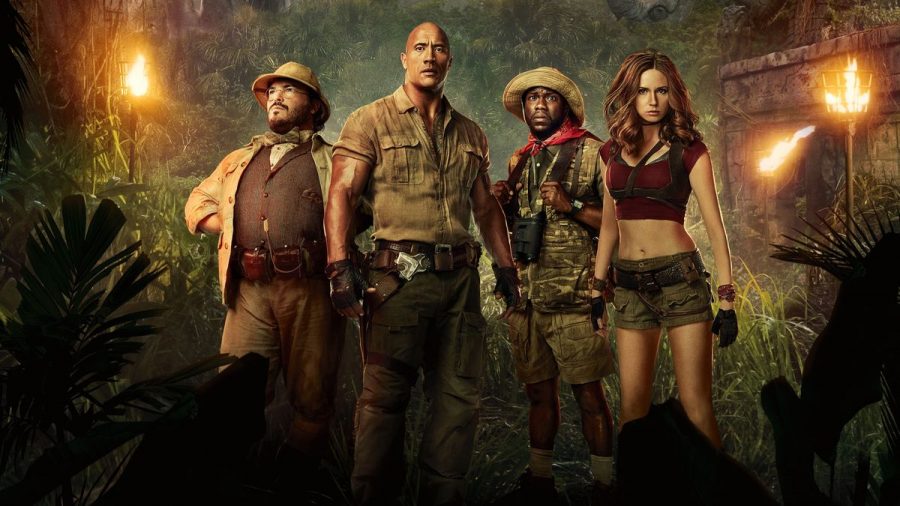 Jumanji: Welcome to the Jungle is a sequel to the 1995 movie, Jumanji. Although not directly linked to the first movie, the original board game does appear. I sadly missed out on this comedy/action film, but I was able to catch up with junior Madalynn Duffy and senior Yssa Sto. Domingo to see what they thought of the movie.

Q: This movie was expected to be a comedy. Did this theory hold up?

Madalynn: It was funny at first, but then it got kind of boring.

Yssa: Yeah, it got predictable towards the end. You knew they were going to make it. I’d say you should probably watch it once and be done.

Q: Was the pace of the movie fast or slow?

Madalynn: It was in the middle for me.

Yssa: I thought is was different throughout the whole movie. Towards the end of the movie, it got better though.

Q: How was the acting?

Yssa: I agree. I really thought Jack Black did a good job.

Q: How was the plot?

Yssa: Everything happened at the end. The beginning was slow and boring.

Q: What was your favorite part of the movie?

Yssa: I would say when Nick Jonas came in. He saved them and it was pretty cool.

Madalynn: My favorite part was when Jack Black got eaten by a hippo. It was really funny.

Q: What was your least favorite part about the movie?

Madalynn: There should have been more suspense. You could tell how it was going to end.

Yssa: I didn’t like the beginning. It was just boring. They had to set up the kids getting stuck in the video game and it wasn’t interesting.

Q: Overall, what did you think about the movie?

Madalynn: It wasn’t great. It could have been better. There was some funny parts and the acting was good, but the movie wasn’t great.

Madalynn: It was original though. It was a good idea.

Q: If someone didn’t see the movie, what should they do?

Yssa: If they saw the original movie, I would say it was worth renting. If they didn’t, don’t.

Madalynn: It’s not worth buying. I don’t think you should rent it at all.