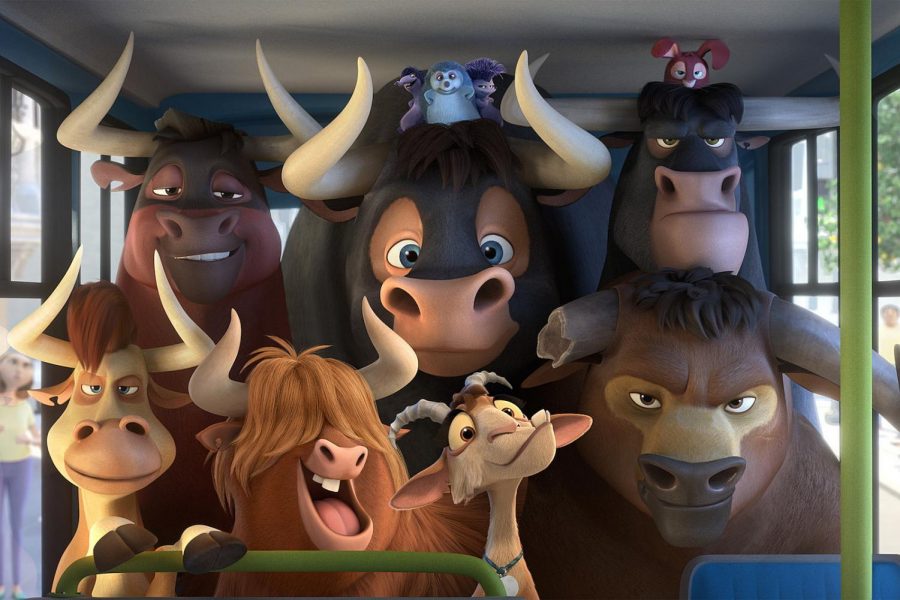 The animal cast of Ferdinand.

Ferdinand is an upcoming movie from Blue Sky Studios and 20th Century Fox Animation. It is based off of the book: “The Story of Ferdinand”. Ferdinand is about a bull named Ferdinand. He is a nice, gentle bull who prefers doing nice things and not hurting anyone. But, due to a series of circumstances, Ferdinand is taken away to be a fighting bull. Refusing to fight and wanting to escape, Ferdinand will try his best to reunite with his original owner, Nina, with the help of his new hedgehog friends: Una, Dos, and Cuatro. He will also show the world not to judge a book by its cover. The movie stars John Cena (Ferdinand), Kate McKinnion (Lupe), Gina Rodriguez (Una), Daveed Diggs (Dos), Gabriel Iglesias (Cuatro), and David Tennant (Angus). This movie seems interesting. There’s parts of the trailers that make me laugh, but I’m not sure if I’m going to see the movie. It might just be your stereotypical kid’s movie. David Tennant is in it, so that’s a good reason to see it. You never know,  this movie may be surprisingly good. Ferdinand comes out December 15, 2017 and is rated PG.