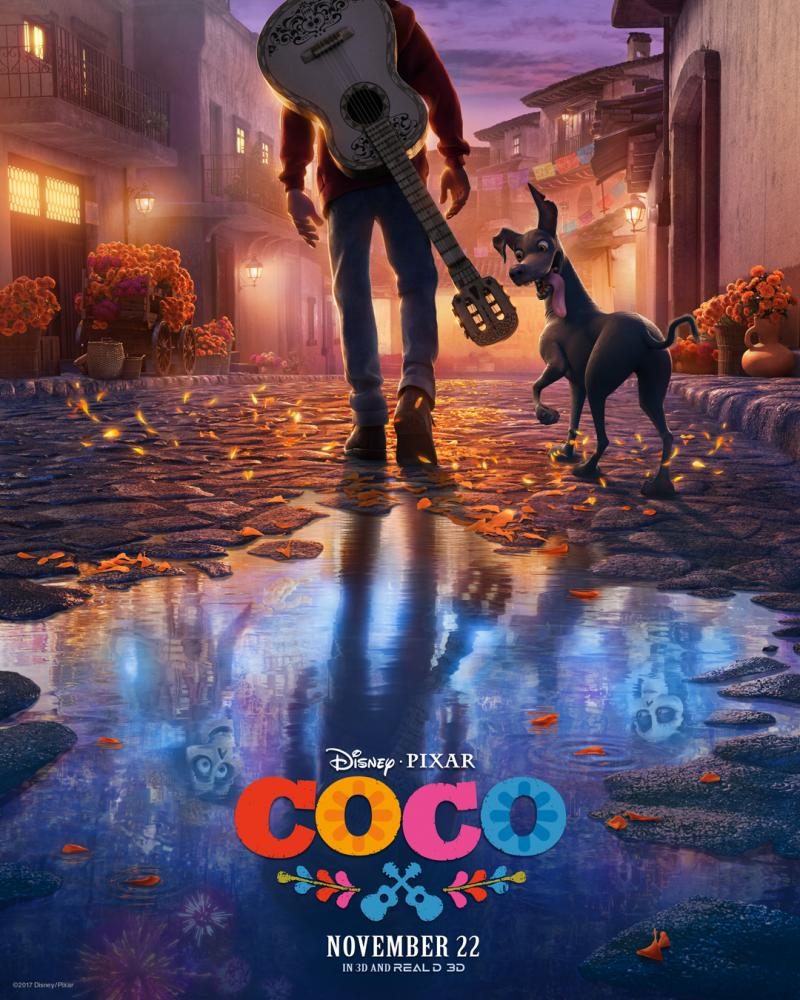 Coco is the next Pixar movie on the Disney list! It will be the 19th Pixar movie ever made and its story features the Mexican holiday, the Day of the Dead. The movie is about a 12-year old boy, Miguel, who loves music. However, his family has a generation-old ban on music. Miguel and his  dog Dante soon find themselves in the Land of the Dead and must return home. The movie stars Anthony Gonzales (Miguel Rivera), Gael Garcia Bernal (Hector), Benjamin Bratt (Ernesto de la Cruz), and Renee Victor (Abuelita). Of course, as is every Pixar movie, John Ratzenberger will appear as some role in the movie. I am really excited for this movie. I love Pixar movies and I have seen every one multiple times! I think his dog, Dante, looks a lot like Gerald from Finding Dory, so I hope they’re not too alike. Also, this is the first animated movie where the notes played on the guitar in the movie actually are the real notes played on the real guitar. Coco comes out November 22, 2017 and is rated PG.