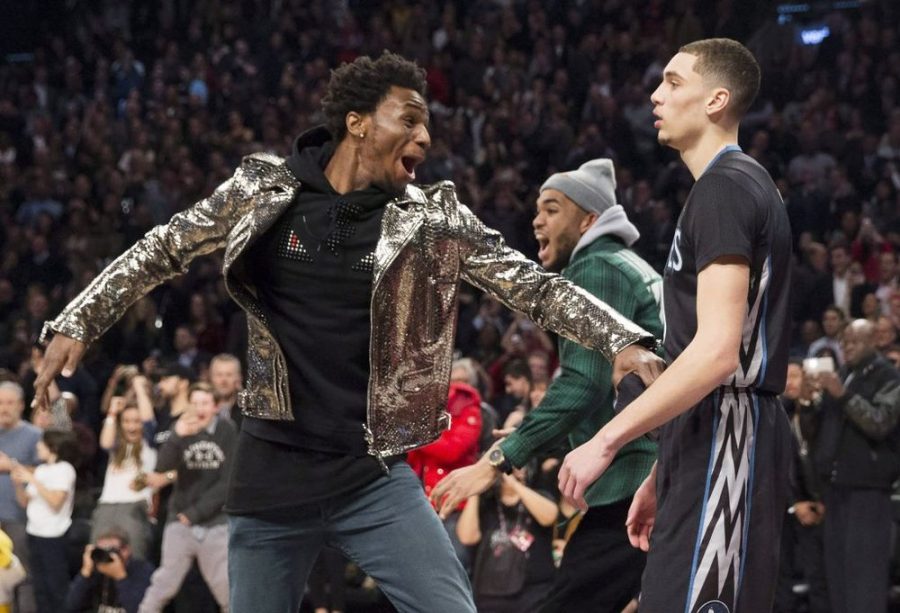 Literally Everything About the Timberwolves

This Minnesota squad has drawn a lot of comparisons to the Thunder squads of the early 2010’s. Talent-wise, that comparison isn’t too far off, but entertainment-wise these Wolves are head and shoulders above the Thunder. Young Westbrook and Durant were a joy to watch, but their off the court personas were a bit lacking. The Wolves’ young trifecta of former ROYs Andrew Wiggins and Karl-Anthony Towns and two time dunk contest champion Zach LaVine provide as much entertainment off the court as they do on the court. From snapchat stories to hilarious talk shows, Towns has taken America by storm. The Timberwolves have themselves a 20-year-old big man who’s simultaneously asserting himself as a pop culture icon and a premier player in his sport, but that’s far from all that they have. However, Towns isn’t the only reason their future is blindingly bright. Just take a look at this sequence from a February game against the Pistons. Towns is Minny’s clear cut #1, but we’ve learned over recent seasons that it takes multiple stars to win a title. Luckily for the Wolves, Wiggins and LaVine are oozing star potential.