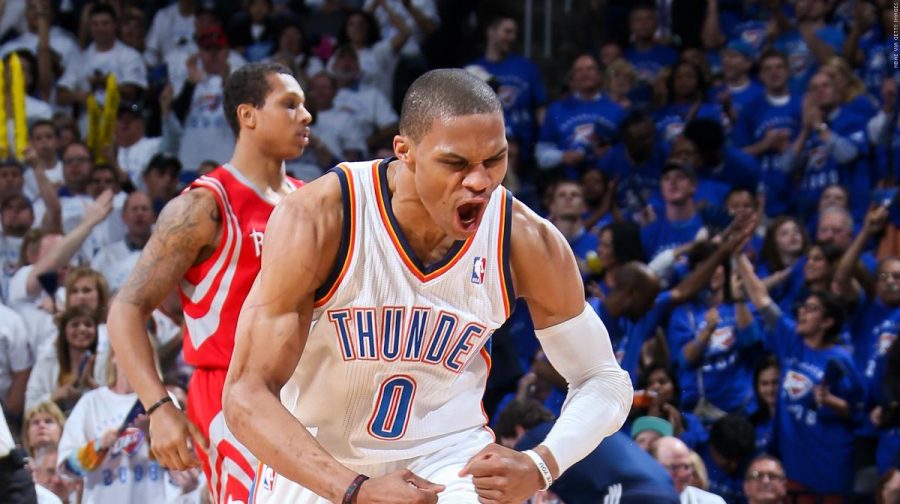 Russell Westbrook has the opportunity to have one of the most statistically impressive seasons we’ve ever seen.

Some players are driven by money. Some players are driven by wins and championship rings. Some players are driven by an intense fire burning deeply within them. Russell Westbrook may fall into each of the first two categories, but he unquestionably falls into the third. For years Westbrook has had to fight Kevin Durant for OKC’s alpha dog title. Now with KD gone, Westbrook is given full reign of the Thunder. It is impossible to project what will come of this opportunity, but most reasonable predictions have the Thunder winning considerably less games than last season and consequently being on the playoff bubble. However, one thing that is pretty universally accepted is that Westbrook has a good chance to produce one of the most statistically impressive seasons ever. Oscar Robertson’s ’61-62 season is the only one in which a player averaged a triple double over the course of a season. It’s not unreasonable to think Westbrook could become the second player to match that this year. He’ll constantly have the ball in his hands and it’s never a good idea to bet against Westbrook, especially not when he has this big of a chip on his shoulder.