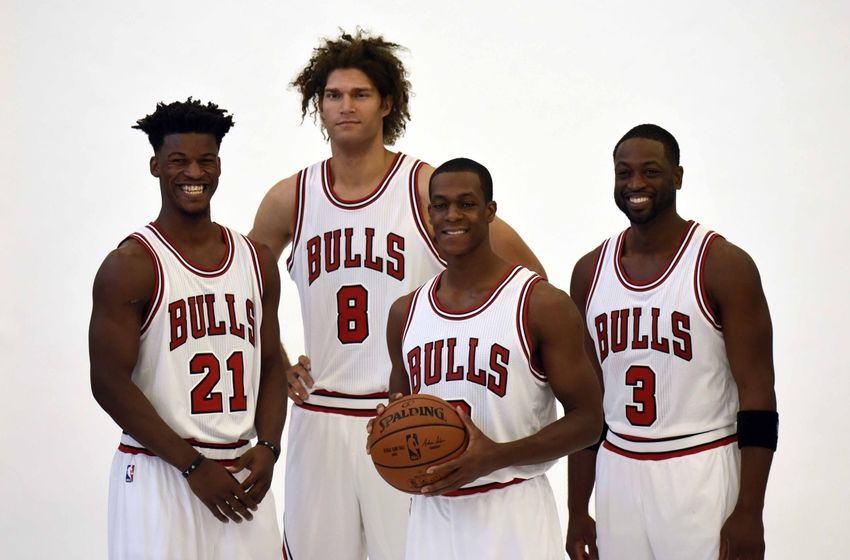 It looked like the 2016-17 Bulls would finally be Jimmy Butler’s team, but then the Bulls signed Rajon Rondo and Dwyane Wade. This could work out really, but it definitely doesn’t look like a surefire recipe for success.

The Superteam Trainwreck Enigma Known as the Chicago Bulls

The average NBA team made 698 three’s last season. Ten years ago the average was 470. Most of the league is rapidly shifting to the three point line, except for the Bulls. In the offseason, they signed Dwyane Wade and Rajon Rondo. Two players who have had great, successful careers, but two players who are past their prime and who have skillsets specializing in the mid range and closer. Wade only shoots .284% from downtown. Rondo, who has fared a little better in recent seasons, has a career 3pt% of .289. Wade and Rondo could have a difficult time coexisting as it is, but throw in Jimmy Butler, who is by no means a shooting specialist, and Robin Lopez, a center with no shooting range whatsoever, and you have one heck of a congested offense. There’s no denying the talent. Butler has become one of the premier two-way players in the league, Rondo has arguably the best passing vision in the league, and Wade is one of the best shooting guards in the league, but talent doesn’t always equate to wins.