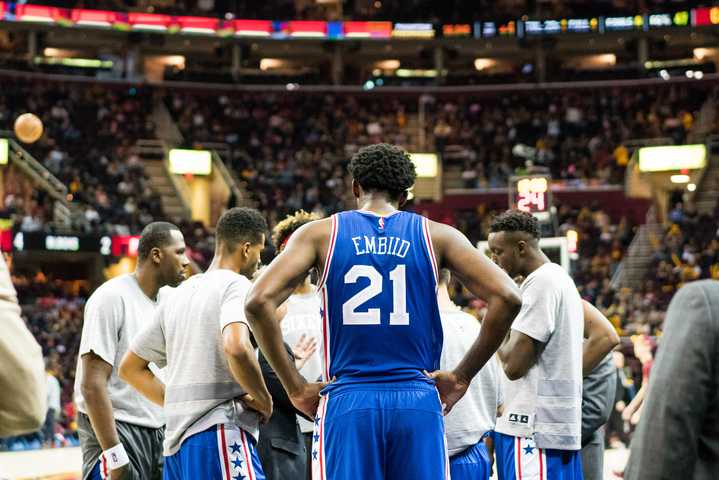 It’s only preseason, but it’s still incredibly encouraging to see Joel Embiid finally play a game of basketball in a Sixers jersey.

The Philadelphia 76ers will once again be at the bottom of the NBA, but that doesn’t mean they can’t still be fun to watch. Their “watchability” factor took a massive hit when first overall pick Ben Simmons went down with a Jones fracture in his foot. However, Simmons wasn’t the only rookie that Sixer fans were salivating over. International point forward Dario Saric is coming over from Turkey, and it looks like Joel Embiid will finally making his regular season debut. Embiid recently played in his first preseason game, closing the 831-day gap between his last collegiate game and his first professional game. Granted, it was only preseason and the pre-draft Hakeem Olajawon comparisons still seem as distant as ever, but just seeing Embiid in a Sixers jersey is enough to tune into a Philly game.