All doubters can hush because Einstein was proven right yet again.

Slightly over 100 years since Einstein’s general theory of relativity was published, gravitational waves have been discovered by scientists. Supposedly an ‘impossible’ theory, Einstein correctly predicted an essential part of his most famous theory.

“We have detected gravitational waves. We did it,” said David Reitze, executive director of LIGO, the Laser Interferometer Gravitational-Wave Observatory, which was created to detect small ripples in space-time. Announced on Thursday, February 11, at the National Press Club in Washington, other LIGO researchers were present along with the head of the National Science Foundation (NSF), France Cordova.

First detected in September of 2015, the discovery was hidden from the public for almost five months. The signal came from a collision dating back 1.3 billion years ago between two black holes that were circling each other. One black hole had the mass of 29 suns while the other pulled in a mass of 36 suns, each being up to possibly 50 kilometers (30 miles) in diameter. Colliding at half the speed of light, the gravitational waves made a long journey to make it to Earth. Passing the “five-stigma” standard of proof, these waves are the real deal. Scientists say the secret was well worth keeping given the history that led up to LIGO’s discovery.

The gravitational waves stretched and compressed space around Earth “like Jell-O,” said Reitze.

LIGO, which is able to measure distortions in space-time one-thousandth the size of a proton, was the only detector able to measure waves so small. They were first observed on September 14, 2015.

When the black holes collided, scientists were able to hear a “chirp” lasting one-fifth of a second. Gravity waves are not sound waves though, pointed out Deirdre Shoemaker, a Georgia Tech physicist who works on LIGO, but the increase in frequency right before the black holes collided when they were just kilometers apart is a frequency we can hear. 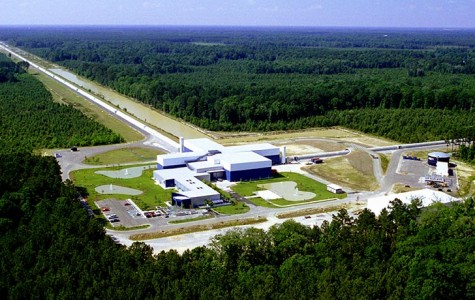 The LIGO machine has its roots in a man named Rainer Weiss. One of the founders of LIGO, he set out to prove that gravitational waves were more than an intellectual curiosity or mathematical quirk in Einstein's theory, but an actual phenomenon. "By the time 1967 had rolled around, general relativity had been relegated to the mathematics departments ... in most people's minds it bore no relation... 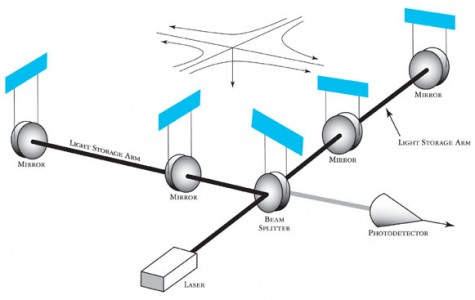 What is the LIGO Device?

LIGO is described as "a system of two identical detectors carefully constructed to detect incredibly tiny vibrations from passing gravitational waves." Located in Livingston, Louisiana, and Hartford, Washington, scientists from Caltech and MIT worked tirelessly with help from the NSF to help prove gravitational waves are real. Also described as "a cosmic microphone" by Szabolcs Marka, a physicist... 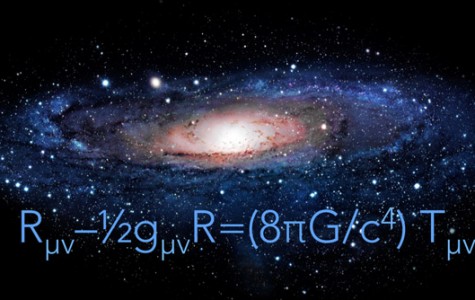 Gravitational waves have much significance, even if we don't realize it yet. New discoveries always shape the way we look at things and how we see our universe, possibly bringing about more new discoveries. They also change our ways of thinking, starting inventive ideas that could shape history. Gravitational waves also could tell us about the early universe. Shoemaker is thrilled with all the possibilities...