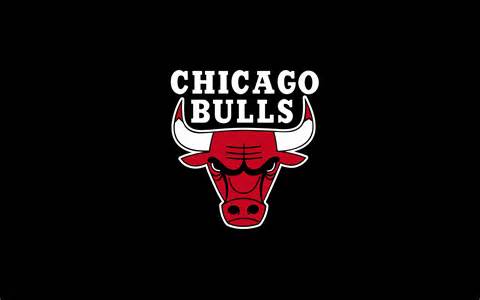 What defines success for an NBA basketball team? Is a team’s success based solely on their record, or is success more about players maturing and improving? Is there some sort of middle ground that factors in the record while also looking into the growth of the players? The Minnesota Timberwolves and Golden State Warriors have both had extremely successful seasons but for very different reasons. The Timberwolves’ young core of Karl-Anthony Towns, Andrew Wiggins, and Zach LaVine is unrivaled throughout the league, while the Warriors are on pace to have the best regular season record in history. So which team should be considered more successful? And where do the Chicago Bulls fit in with their mediocre record and collection of young talent?

Let’s start with their record; the Bulls are 27-25 and would be the 7th seed in the Eastern conference if the season ended today. That may seem disappointing compared to previous seasons, but they are only 3.5 games behind the 3rd seed Boston Celtics. If they can string together a solid week or two of games suddenly they regain home court advantage for at least the first round of the playoffs.

Watching the Bulls lately has admittedly been a pain. They are often stagnant on offense and lethargic on defense. However, it’s incredibly difficult for a coach to roll out a successful squad when players are constantly injured. The Bulls have played 52 games this season and the only Bull to play in every game so far is Taj Gibson, who just went down with a foot injury. When Gibson watches in street clothes as Chicago takes on Cleveland on February 18th, the Bulls will be one of only five teams (Warriors, Kings, Lakers, and Mavericks) to not have a single player take part in every game.

Even with the myriad of injuries, the Bulls defense has still been very consistent. Chicago is 2nd in the league in opponent’s field goal percentage, holding opposing teams to only 43.1% shooting. Another product of their defensive intensity is blocked shots. They come in at 5th in the league with 5.9 blocks per game. Chicago’s big men don’t just deny shots, they also collect missed shots better than any other team, grabbing a league-leading 47.9 rebounds each night. Pau Gasol, averaging 17 points and 11 rebounds, is leading the Bulls frontcourt. Nikola Mirotic (11 and 6), Taj Gibson (8 and 7), and rookie Bobby Portis (7 and 5) round out an impressive rotation of big men.

Speaking of Bobby Portis, the 22nd pick in last year’s draft has already exceeded expectations. He has continued to improved and his play from January compared to February attests to that. In the 17 games he played in January he averaged 5.2 points and 4.4 rebounds on 39.8% shooting from the field. In the six February games he is averaging 9.5 points and 5.7 rebounds on 46.3% shooting. Granted, it’s a small sample size, but those numbers represent a solid improvement in production as well as efficiency. Portis’ blend of athleticism, scoring touch, and constant intensity has allowed him to get acclimated to the NBA quickly and should allow him to continue to grow as a Bull.

As for the Bulls’ backcourt, Jimmy Butler is emerging as one of the premier two-way players in the league while Derrick Rose is slowly but surely returning to his former self. Back in 2011 the Bulls nabbed Butler with the 30th pick in the 1st round of the draft. Normally, players drafted outside the lottery don’t amount to much more than decent rotation players. Normally, seniors that struggled offensively for their entire collegiate career who get drafted don’t suddenly gain the ability to carry a team offensively. Jimmy Butler, however, is no normal player. In his 5th NBA season he is averaging career highs in points (22.4 per game), assists (4.3 per game), usage rate (24.9%), and PER (21.9). It looks like Butler has made the leap from good starter to NBA star.

As for Derrick Rose, he is finally settling in and getting comfortable. In October, Rose only averaged 13.7 points, 4.7 assists, and 1.7 rebounds. In the five games he played so far in February, he’s averaging 19.4 points, 6.8 assists, and 5.6 rebounds. Again, a very small sample size but encouraging nonetheless. Also, according to the Chicago Sun-Times, Rose had a back-to-back line of 20+ points, 8+ assists, and 6+ rebounds in each game for the first time since 2010. Rose may never return to MVP form, but he is proving that he can be a solid starter on a playoff squad.

It may be too early to call this season successful, but to call it a failure is definitely wrong. The Bulls are only 3.5 games out of 3rd place in the East. They also have Portis, Mirotic, and Doug McDermott who all have bright futures. Rose is gaining momentum. Butler has taken the next step into NBA superstardom. Injuries have definitely affected this season, but we shouldn’t consider the season a failure based on something completely out of the control of players and coaches.

All statistics from NBA.com unless otherwise noted.

When the Chicago Bulls TV ratings go down a total of 29% since last season, in one of the biggest sports markets in the country, you know there’s a problem. The Bulls have had many heartbreaking injuries and tough stretches in recent history, but fans were faithful and still watched. What’s different with this season?

Going into the All-Star break, the Bulls had a 27-25 record. After losing six of their last seven games, the Bulls hope to get a road win against Cleveland and a home win against Toronto this week. Playing two of the top teams in the East, while currently sitting in the seventh place, they hope to play better than they have all season. After watching the first half of this season, that seems pretty unlikely though.

There is a problem with the Bulls, and there’s more than one. Well, just to start, injuries to key players have plagued the team – Jimmy Butler is going to be out for possibly two more weeks, Joakim Noah is out for the season and Nikola Mirotic has lost 18 pounds after an emergency appendectomy and his return to play is unknown. All three players are important keys to the offense, and Jimmy Butler is their best defender. The Bulls lack of defense is another major problem. No one on the team knows how to properly defend. Former head coach Tom Thibodeau (let go in favor of first year NBA coach Fred Hoiberg), thought defense was the most important thing in the game, but this team has really shown that the Bulls lack fundamental defensive skills. They show no effort on “D”, don’t play help line, and they only have one player, Butler, who can defend almost anyone.

Why is it that the Bulls don’t play defense? Maybe it’s that they just take their time up and down the court, they complain on every no-call, and they just don’t care!

Watching the Bulls in the past, they have always shown great heart with a push to win and finish games. This season they greatly lack heart, effort, and the drive to win games. “It’s all about effort,” Derrick Rose says, and that is something the Bulls are clearly missing. They rarely have strong starts, don’t know how to finish games and they play lazy.

The Bulls have made watching their games very hard for fans. The team was booed by their home crowd before heading into the All-Star break. The faithful fans might stay, but the Bulls will have to step up, or their post season will be very short this year. This season is shaping up to be a complete failure for everyone, from owner Jerry Reinsdorf and front office duo Gar Forman and John Paxon, to new head coach Hoiberg and every single player who has stepped on the floor. Although Forman told WSCR AM670 reporter David Shuster they were “very active” at the trade deadline, they failed to make any significant moves or free up much salary cap space. They deserve to hear the boo’s if they don’t turn things around after the All-Star break.