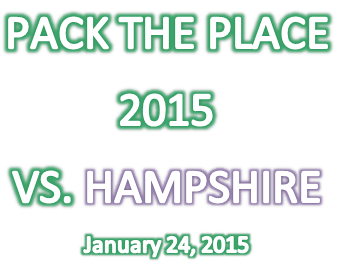 Possibly the most talked about game in recent school history, this game no doubt lived up to the hype. What was supposed to be Hampshire High Schools “Pack the Place”, turned into a rivalry game for the ages. The highlight of the game was when class of 2015 senior Nick Duffy dunked from the baseline, sending the crowd into a frenzy. Some fans even ran out of the gym! This game took the St. Edward vs. Hampshire rivalry to a whole new level and gives us something to look forward to for years to come. The boys won the closely contested game 51-49 thanks in part to Kelvin Cortez-Harvey getting hot late in the 4th quarter. (Note – St. Edward boys and girls also both won the 2016 edition of Pack the Place vs. Hampshire)