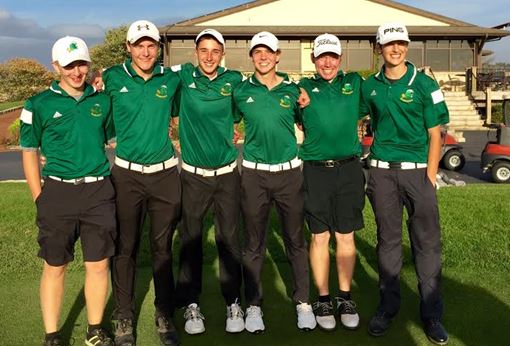 An experienced team with a goal that started long before the State Series began, the 2015 St. Edward golf team made it their focus all year to get down to Bloomington in October and compete in the State tournament. After taking second in the Metro Suburban Conference tournament, the Wave went into Regionals with lots of confidence. Moving through the early stages of the State tournament, they qualified with some very good play, stepped up when they needed it most and advanced to the State Finals. Taking fourth in the State and just one shot short of a State trophy, this team goes down as one of the most successful in school history.