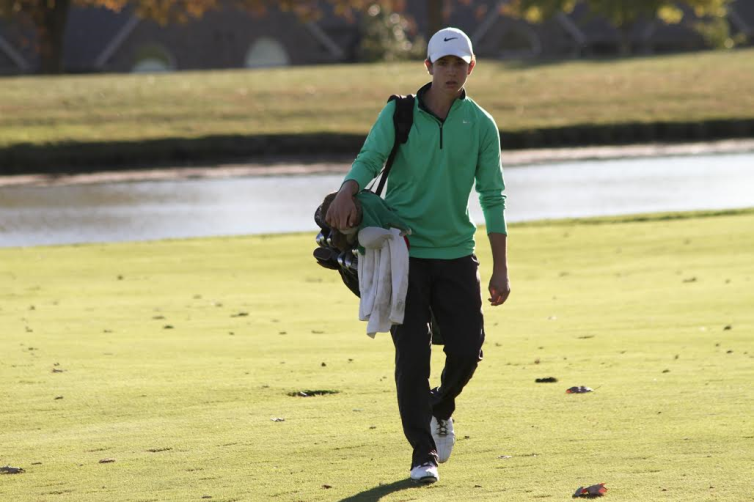 Michael Mattas walks off the course before being crowned State Champion.

On October 17, senior Michael Mattas became the first St. Edward golf State Champion since Ralph Gierens in 1965. Mattas stormed back on the last day of competition with a -2 back nine, after being 4 shots back with 9 holes to play. After an unlucky break on the final hole Mattas was faced with a 10 foot par putt that would ultimately become the shot that won the tournament. He stepped up with confidence and drained the putt to become the Class 1A Illinois State Champion and fulfill his ultimate high school goal. Mattas will go on to play collegiate golf as a Northern Illinois Huskie in the fall of 2016.