Sliding into the season with baseball 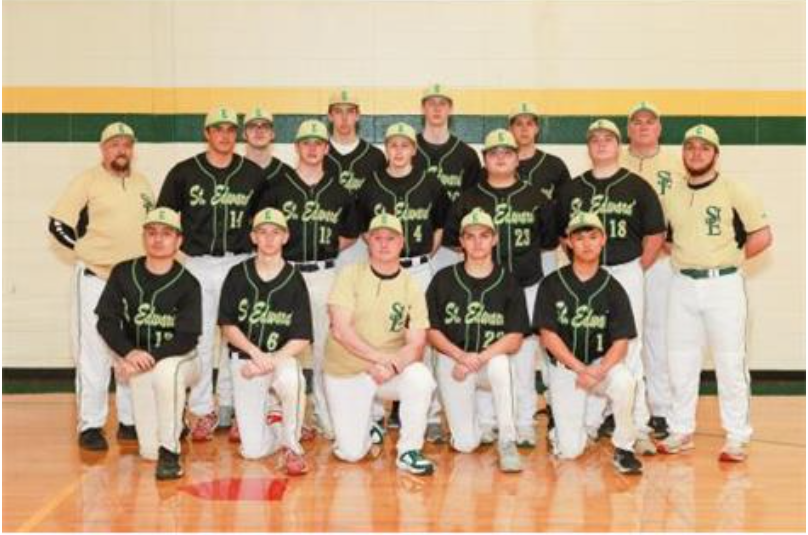 The 2022 boys baseball team’s regular season started on March 21st with a game against Bartlett High School. There is a new coaching staff this year who are all very passionate about bringing success to the program. With four games canceled prior to the Bartlett matchup, this has been the team’s only game so far this season. There have been seven total canceled games due to bad weather. Once the weather clears and gets nicer, the team looks to have a memorable and successful season.

Along with the updated coaching staff, there are team captains who look to lead the team this year and make an impact. The three captains are senior Ryan Mamrot, senior Anthony Buono, and sophomore Jack Cozzi. These captains were selected by the other players to lead their team this year. The varsity team consists of players from the sophomore, junior, and senior classes. The sophomores are Jack Cozzi, Andrew Ramos, Kaden Dawson, and Andrew Walker. The juniors are Nicholas Maloney, Thomas Walla, and Drew Pemberton. This year’s seniors are Frank Carino, Anthony Buono, Thomas Tomaka, Ryan Mamrot, Kyle West, and Maxwell Kaufman.

The JV squad has a new coaching staff this year too. There are three new coaches who have all had experience in the games for a very long time. Freshman Nicholas Lombardo says, “I think the JV coaches are wonderful leaders and have wisdom and knowledge about the game. They know how to run a baseball team efficiently and well.” For first-year coaches on a high school level, I think they are great. The JV team consists of seven incoming freshmen, seven sophomores, and two returning juniors. The freshman are Maxwell Gillie, Noel Morales, Luis Vargas, Joseph DuSell, Michael Cones, Nicholas Lombardo, and Nolan Brady. The sophomores are Joshua Avila, Andrew Walker, Andrew Ramos, Kaden Dawson, Nolan Pomeroy, Andrew Firszt, and Dominick Nemec. The two juniors are Christopher Taing and Nicholai Szydzik. JV hasn’t had a game yet this season because of weather and other cancellations. They’ve had nine cancellations in a row this season and still await their time to play.

Frank Carino wants to be a baseball coach after his two-and-a-half-year high school career. He plans to play baseball at Rochester Community and Technical College in Minnesota. He wants to double major in Criminal Justice and Coaching.

Anthony Buono intends to major in business. He played baseball for his two years here at St. Edward during his junior and senior seasons. His favorite memory is hitting a home run against Streamwood. Buono is committed to Concordia University-Wisconsin for baseball.

Thomas Tomaka played baseball for St. Edward for four years and his favorite memory is the early morning bus rides for games on the weekends.

Ryan Mamrot is going to major in engineering. He played baseball for St. Edward for four years and his favorite memory is when he got karate kicked by an opposing player and a bat was thrown at the pitcher.

Kyle West also played baseball for four years at St. Edward. He wants to go to school at the University of Illinois and major in kinesiology to become an athletic trainer.

Max Kaufman preferred not to respond at the time of this article’s posting.