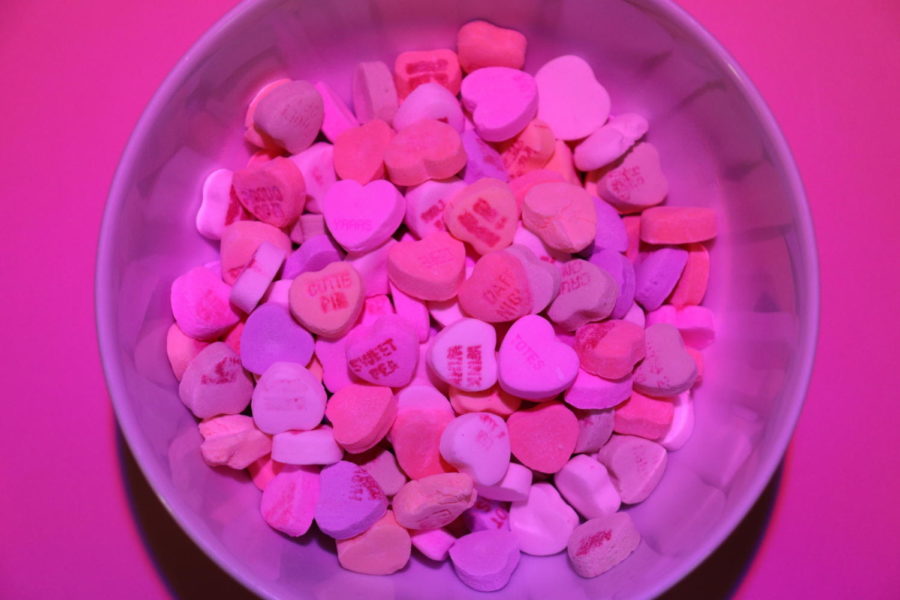 Do you remember when you were in grade school and Valentine’s Day was so exciting because of all the candy you would get from your classmates? And sitting at the bottom of your candy-filled shoebox would be those chalky candy hearts. Now I’m not here to review how good the candies are, but I am here to rate the most classic* sayings.

It’s kind of aggressive and it’s not very polite. I mean it’s more of a command than a question. No one really says that (except in really dramatic movies) so I don’t want to see it, much less receive it. But it fits the theme of Valentine’s Day with the romance, even if it is a bit forceful.

This one isn’t as aggressive as the “kiss me” so it’s better in that regard, but again, it’s not very polite. A little politeness goes a long way when you are trying to impress someone, so I don’t know that this a great message either. This is a phrase I think that is used more in real life, so I don’t hate this one. But also it isn’t the most Valentine’s Day themed phrase

This is cute; I like this one. It’s not creepy and aggressive. It’s still casual with a little romantic undertone, so I think this fits the Valentine’s Day vibe. The only reason I won’t give it a perfect score is because I think it’s cheesy, but I also think all candy hearts are cheesy regardless of the content of the message.

Maybe it’s because I don’t like being told what to do that I have a problem with these. But also, the phrase “pick me” has such a negative connotation with it from phrases like “pick me girl” that it makes me cringe.  And no one likes the kid in class who says, “Pick me! Pick me!” so I don’t associate this phrase with romance or good memories. This phrase reminds me of The Bachelor or The Bachelorette which also makes me cringe.

I think the phrase is cute. I am a personal believer in soul mates both romantically and platonically, so I think you can give this candy heart to anyone really. It is a pretty dramatic phrase though like it does have some weight behind the phrase with the meaning. It doesn’t really match the light and fun tones of Valentine’s Day

Nope, there is nothing I like about this one. Personally, I think it’s a little possessive and still a bit creepy. It gives me Joe Goldberg from YOU vibes and that is not an energy I want to carry into Valentine’s Day. Nothing can redeem this one.

This one is more of a recent one because it has the shorthand form of “you’re.” It is super shallow of a compliment, but it makes me laugh for that reason. It is pretty direct and gets to the point. This one doesn’t mince words and isn’t particularly sweet. However, it’s not my least favorite and I would give it to somebody as a joke.

I actually like this one as well because it isn’t creepy and aggressive. I think it’s cute because it’s just hugs and kisses. This one can be given to anyone as well, it can be given to your family, friends, or partner. It captures the spirit of Valentine’s Day with its sweet message and versatility. This one proves Valentine’s Day doesn’t have to be about couples, it can just be about spending time with the people you love!

*Note: When I went to Target to buy some candy hearts the phrases had changed and were overall more platonic and encouraging like “Crush It”; “Push Thru”; “Totes”; “YAAAS”; “GOAT” or “GO 4 IT” but apparently, it’s because the candy company made a theme of “Words of Encouragement” for 2022.