A dive into December holidays 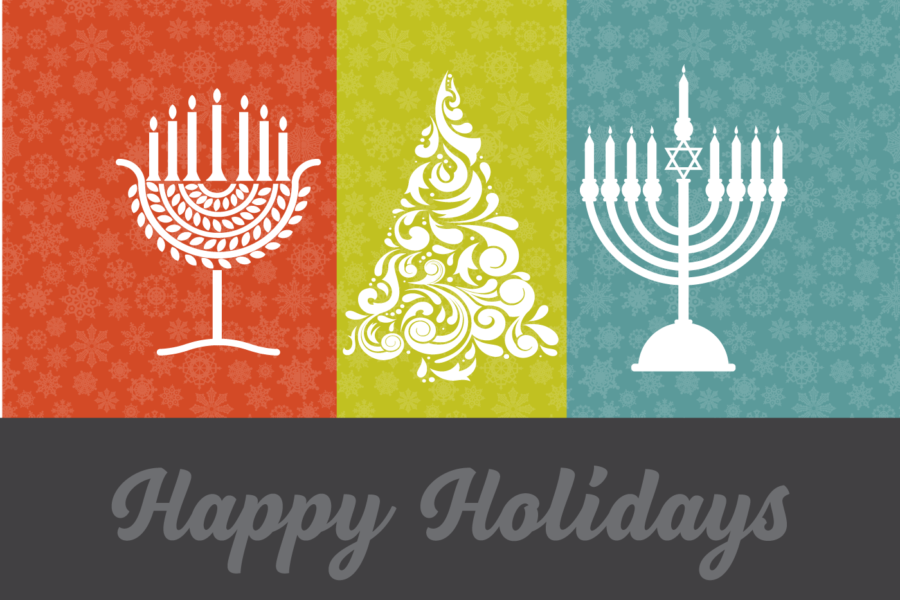 Every year the entire world seems to celebrate Christmas. Lots of people put up decorations and give gifts and it seems as if everyone is celebrating all at once. While Christmas is an amazing time of the year, sometimes it ends up overshadowing other December holidays that are just as important to people of different cultures. Holidays like Krampusnacht, Hanukkah, and December Solstice and Yule have amazing history and traditions just like Christmas even though they are not celebrated as often.

Krampusnacht is a centuries-old German tradition closely linked to Christmas. During Krampusnacht, Krampus, a beastly demonic figure, acts as the opposite of St. Nicolas. While St. Nicholas brings gifts for children who are nice and full of cheer, Krampus arrives on the same night to take the naughty and wicked children away to the underworld. Both St. Nicolas and Krampus arrive on the night of December 5th to see if a child must be taken away. These legends work almost like a naughty and nice list, but with much higher stakes.

Another important December holiday for many people around the world is Hanukkah. The traditional Jewish holiday, Hanukkah, is also known as the festival of lights and commemorates the rededication of the Second Temple of Jerusalem after the Greeks defiled the Temple. During each of the eight days, a candle is lightened on the Menorah to represent the number of days that the lantern in their temple blazed after the Maccabees helped reclaim it. The date for Hanukkah changes each year, and the dates can range from late November to late December. This year Hanukkah happened to fall in late November and early December, lasting from November 28th to December 6th.

A less known December holiday is the Yule, or December Solstice, which is an ancient pagan holiday still celebrated by many modern pagans today. The December Solstice marks the shortest day of the year and Yule is a celebration of Midwinter on this short day. During this celebration, Pagans would thank the gods and goddesses for what they have in their lives, as well as celebrate nature and its changes through the seasons. While the ancient pagans had many ways of celebrating this short day, one of the more commonly known traditions was Yule Logs. While today when many people think of Yule Logs, they think of a specific type of cake, back in ancient pagan times they were actual logs. The Yule Log was burnt throughout all of Yule to keep them safe through the holiday season and make sure nothing evil enters their house at night. Surprisingly the tradition of decorating a Christmas tree also comes from the Pagan religion. They would decorate the branches of a Pine Fir tree to keep their spirits light during the Christmas season. They would decorate these trees with colorful ornaments and candles; eventually, this tradition evolved past the pagan religion and many others started to decorate these trees as well. The celebration of the Yule starts on the Solstice and lasts for twelve days after.

While it is important to celebrate the birth of Jesus during Christmas time, we must make sure that we do not forget the other cultures and holidays as well. Krampusnacht, Hanukkah, and December Solstice and Yule are just as important to other cultures as Christmas is to us and these holidays deserve just as much respect as Christmas. They have history and are important and while we don’t need to believe in these things, we should do our best to educate ourselves on them and accept them into this holiday season. All cultures, religions, and holidays are beautiful and deserve the same respect no matter the origins. Merry Christmas, happy Krampusnacht, happy Hanukkah, and have a wonderful Winter Solstice.