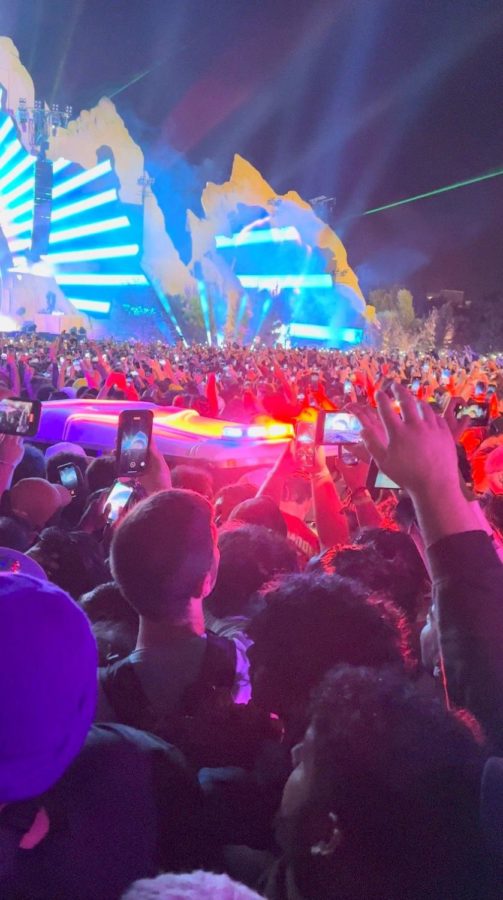 At the Astro world festival, there was an incident that occurred around 9 p.m. on November 5th during the Travis Scott performance at the two-day Afterworld Festival.

Around 50,000 people were in the crowd when a timer appeared on screens counting down to the start of the show. Officials have identified that at least eight people died at the concert with more than 300 treated at a temporary medical facility on site and 25 were taken to hospital. A criminal investigation has been launched, with police revealing over the weekend that a security officer was left unconscious after being injected in the neck. Scott, 29, says he is fully cooperating with the authorities and his  released a statement saying: “I want to make it clear we weren’t aware of any fatalities until the news came out after the show, and in no world would we continue filming or performing.”

On the first day, there were around 50,000 people at the concert. The venue was not big enough for everyone and Travis is known for encouraging mosh pits at his event, so that is where things took a turn for the worse.

People were suddenly starting to get smushed in the mosh pit into the point of suffocation because it was so cramped and there was no room. People were trying to get to the front, near the stage, and began to get trampled and suffocated. 11 people went into cardiac arrest.

Some of his assistants went up on the stage to tell him what was going on, but he proceeded with the show. A quote from Travis Scott’s apology video “My fans just really mean the world to me.” Even though there are videos of him watching someone unconscious being taken away to get help and then proceeds to do a robot dance like nothing is happening. This tragic event leads to people being seriously injured and passing away.

The names and ages of the ones who tragically lost their lives:

Please keep these names and their families in your hearts.