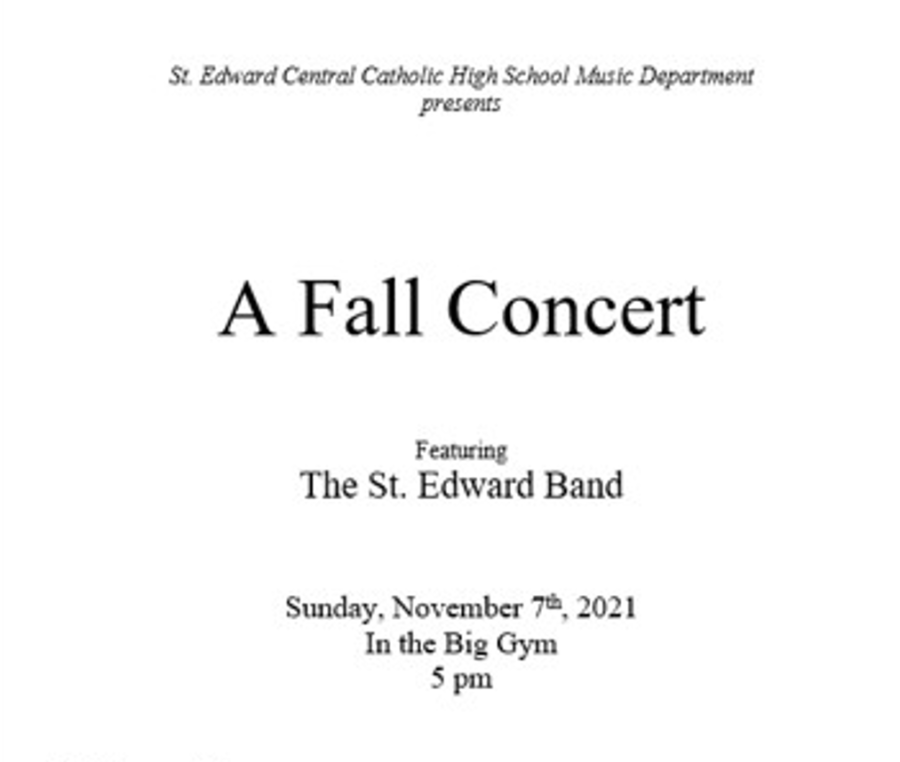 The St. Edward Music Department recently held a Fall Concert. This Fall Concert featured the St. Edward Band and the St. Edward After-School band. The concert took place on Sunday, November 7th, 2021, in the big gym. Where students Alex Koleckner, Gabriel Tulgar, Matthew Tulgar, Robert Sommer, Hannah Montes, Luciano Rolando, Drew Ramos, Daniel Schuck, and Jack Cozzi performed their jazz music with a Latin beat and a Gospel-esque tune. Also, at the concert, donations for Toy for Tots were collected at the door. People could either bring in a new toy to donate or give a cash donation to the organization.

With this Fall Concert being the first in-person concert since December of 2019, the students in the band did a great job performing for all their family and friends. “The students did a wonderful job, and it is my impression that we managed to impress their parents. The students played like soloists, which is exactly what you need to do in a small ensemble. We’ve worked very hard, and it showed,” said Mr. McLoughlin. The audience for the concert was about 35-40 people, which is a great turnout after not being in-person for very long. “The concert went really well. Pretty exciting finally playing for people. We missed not having in-person shows,” said Luciano Rolando. Overall all the students that performed in the band did a fabulous job performing. We are especially glad that we are able to hold in-person concerts at St. Edward again.