All I want for Christmas is a break from the music 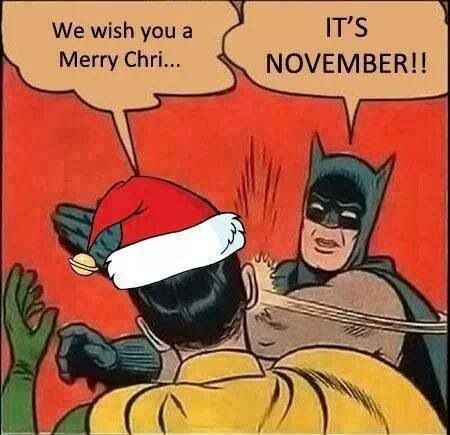 A hot button topic at this time of year is when it is ok to start listening to Christmas music. Some believe it is never too early to start playing their Christmas favorites like “Santa Baby” or “The Christmas Song.” Others find that not a note should be played before the turkey is cut. After hearing both sides of the argument I have come to the conclusion Christmas music should not be listened to until after you eat Thanksgiving dinner.

When you leave the music till the Christmas season it becomes more special. When you listen to it constantly for months, it loses its enjoyment and becomes more of an annoyance by Christmas day. There are a lot of Christmas songs, but the radio only plays a handful of them. By listening to the same twenty-five songs every day, they become painful and exhausting. We should wait to play the classical seasonal songs until we are officially in that season.

Some argue that Christmas music should be played once Halloween passes. When companies play Christmas music this early, it forces everyone to listen to off-season music. It makes it seem like they are trying to get into the holiday season and shopping habits as soon as possible.  You are free to listen to whatever you want when you want to, but do not subject the rest of the population to your off-season music. If you really want to listen to “Rudolph the Red-Nosed Reindeer,” then do so with earbuds. Stores should not play that kind of music until it is Black Friday.

This is not meant to bash Christmas music. Christmas music is joyful and puts you into a good mood, but since they are seasonal tunes. Waiting for the proper season keeps the music special and fresh.