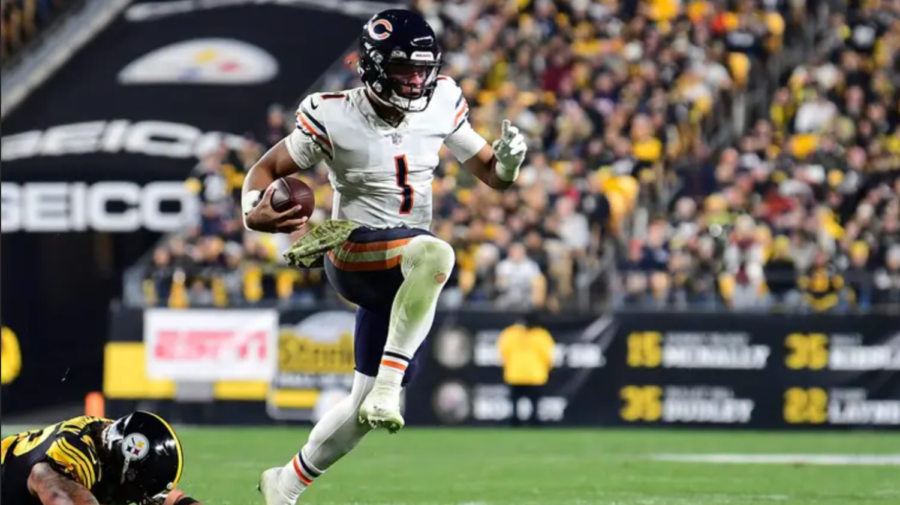 The Chicago Bears took on the Pittsburgh Steelers during Monday night’s matchup. Chicago ended up falling 29-27 to Pittsburgh, during a game full of controversial calls. Quarterback Justin Fields had another good game, but the rest of the team didn’t have much to show as they lose their 6th game of the season. The Bears were being flagged on plays, many say they didn’t commit. There were a few plays where roughing the passer wasn’t called, and it set the Bears back. During the final minutes of the 4th quarter, edge rusher Cassius Marsh was called for arguably one of the worst taunting calls of all time. Marsh sacked QB Ben Roethlisberger, and then glanced at the Bears sideline, then as he was walking back, the ref bumped into him. He was flagged and it put the Steelers in field goal range. Chicago ultimately lost to that field goal. Even after the game, NFL and some of the referees reached out and defended the call.

During the last seconds of the Bears game, kicker Cairo Santos missed the game winning field goal. Coach Matt Nagy put Santos out on the field, and decided to try the almost impossible 65 yard field goal. Santos had the longest streak of active kickers for the most field goals made in a row. That missed kick broke the streak. Santos had to make only 4 more field goals to break the NFL record for all time.

It is unfortunate that Chicago lost in such an unfair way, but that game is something to build on. The Bears put up 400 total offensive yards, which they have not done in years. Justin Fields looks to be building off every game he plays, and it looks like he really can be our franchise guy. WR Allen Robinson finally got the ball, and he made the most out of his catches to try to put the Bears in the end zone. Running Back David Montgomery came off the injured list before the game, and had a solid day. Chicago has a much needed bye week for week 10, as they will try to get outside linebacker Khalil Mack back and healthy for the Baltimore Ravens the following week. The Bear’s schedule doesn’t get any easier, but with their rising offense, they could pull some upsets.