Last but not priest 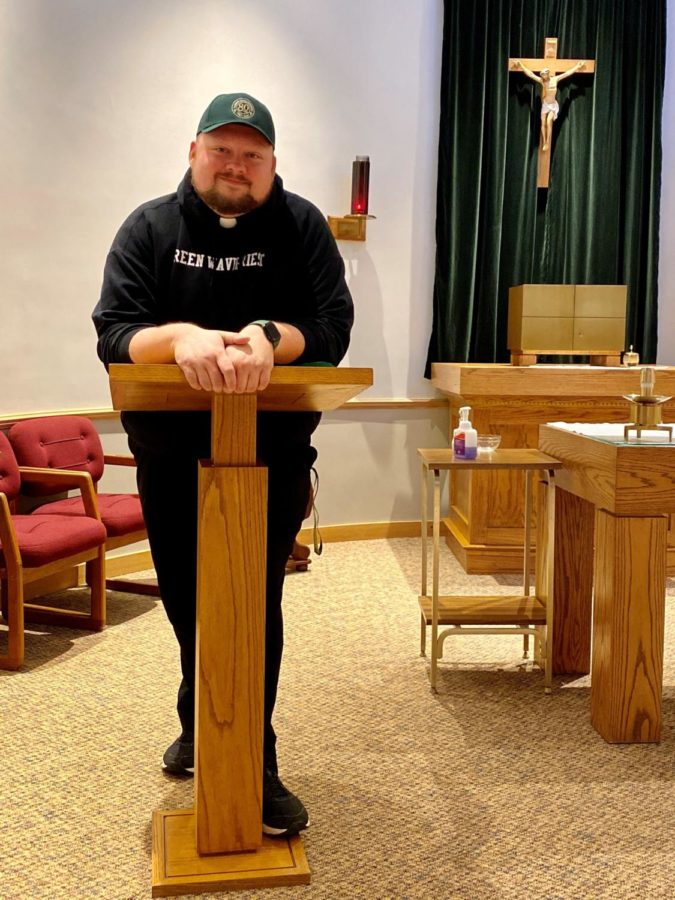 Father Robert Blood was born and raised in the city of Rockford, Illinois. There he lived with his parents and older brother and sister. Being raised Catholic, he attended private school and attended mass regularly. During middle school, he was kneeling during mass and as he watched the priest hold up the Eucharist, he thought to himself, “If that’s really Jesus then this has to be the most important thing in my life.” He knew at that moment, he wanted to be a priest.

After earning his master’s degree, Fr. Blood visited Mexico, Ireland, Italy, and Israel to study for the seminary. He found his trip to the holy land incredibly humbling and surreal because he was able to walk to the Church of the Holy Sepulchre where Jesus was crucified.

Fall is Fr. Blood’s favorite time of the year because Thanksgiving is his favorite holiday. When asked about his favorite dish he said, “That’s a tough call, but I love the leftovers.” The other reason Fr. Blood loves fall is because it’s football season. Fr. Blood played football and wrestling in high school. He is still a big fan and he enjoys watching professional wrestling and spending time with his friends in his free time.

Fr. Blood has enjoyed his transition here and feels at home. He is excited to work with young people and enjoys his 4th-hour study hall where he can engage with students. He would like the St. Edward community to know that his door is always open, and he cares about them.