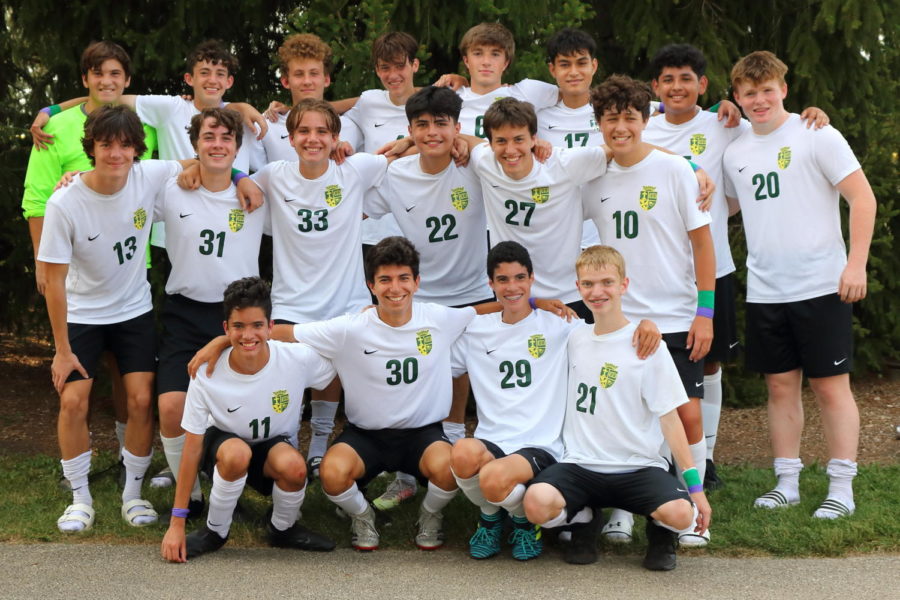 The last boys soccer game took place on October 15, 2021. St. Edward will now bid farewell to five seniors who were a strong addition to the team for the past four years. Seniors Tyler Brieger, Robert Boydston, Yahir Carachure, Karol Kopciewski, and Robert Wilson have all played for many years but their past four years playing for St. Edward were the most impactful.

Tyler Brieger said about his time on the team, “I learned a lot about how to improve my game, my attitude, and especially how to work well with the people that were on the field with me.” The group grew not only as players but as people. This is seen by fellow teammate, junior Michael O’Brien who said, “Each one of them not only taught me something on the field but also how to better myself off the field. They are truly not only 5 great soccer players but 5 amazing young men.”

They have had a lot of accomplishments through their four years such as being state runner-up and winning the PepsiCo tournament their freshmen year. Through these accomplishments and setbacks, they have been able to bond closer. Robert Wilson said that his favorite aspect of the sport is, “the friendships he has been able to make along the way.” Many of them stated that one of the lessons they learned through their seasons on the team is how fast time flies. They appreciate the coaches and teammates that they have gotten to learn from and spend time with.

Motivation is important for a team and its function. This team was able to build each other up and help their teammates improve. These five seniors will not forget their time and the lessons they learned from St. Edward and take it on to their future endeavors. They may not have won every game but as Karol Kopciewski said as his favorite quote, from Winston Churchill, “Success is not final; failure is not fatal. It is the courage to continue that counts.”