Is Señor Macias bringing a tarantula to St. Edward? 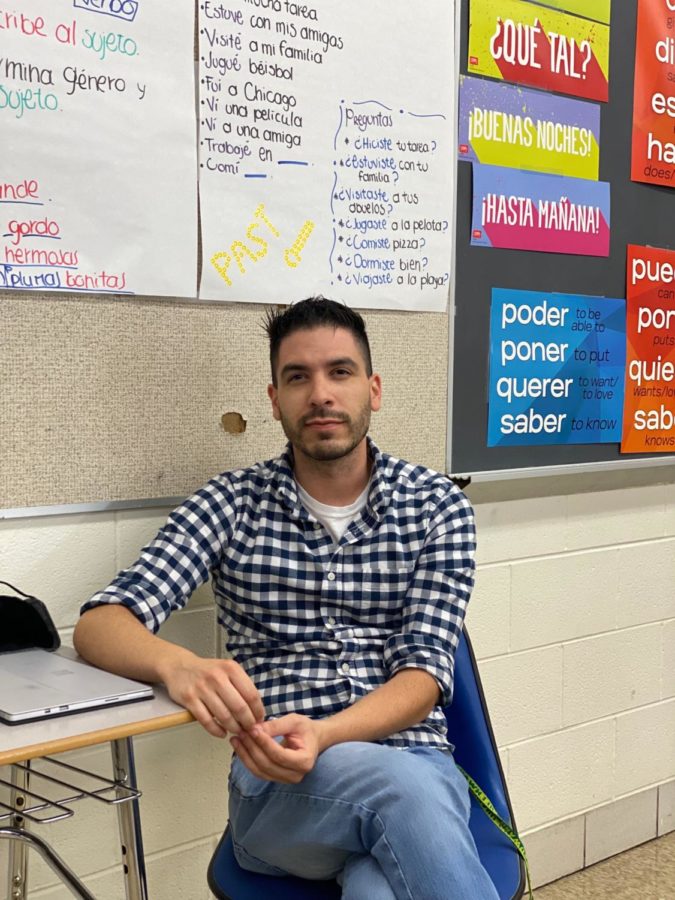 Joining the Green Wave family this year as a new Spanish teacher is Mr. Salvador Macias. He was in search of a new job after the pandemic and applied to St. Edward. He enjoys the tight-knit community and hopes to make his students “appreciate and have a desire to learn languages.”

Mr. Macias was raised Catholic and even went to seminary school at age twelve. He was born in Michoacán, Mexico, and then moved to the U.S at fifteen years old. After having French and English under his belt, Mr. Macias was inspired to become a teacher. Mr. Macias previously taught Spanish at NIU and English privately in Mexico.

When you walk into his classroom be sure to bring a dark sense of humor; he’ll love that. However, Mr. Macias is not a fan of repeated tapping noises or weird sounds. As a high school student, Mr. Macias considered himself to be a bit of a prankster and not exactly popular, but he had his friends and that’s all he needed.

When he’s not at school, Mr. Macias enjoys running and reading. Some of his favorite books include The Book Thief by Mark Zusak and Neal Shusterman’s The Arc of a Scythe Trilogy. He also loves traveling and enjoys being a teacher because he has had the summer off to do so. He has had to put traveling on pause but it’s a long-term goal of his to travel more. Other goals include teaching abroad and just focusing on his happiness.

When asked what he would be doing if he wasn’t a teacher Mr. Macias shared that his childhood dream was to work for NASA. “If you mean a realistic job, I would say a Zoologist.” His love for animals has him thinking about adopting a pet Tarantula. Could this be a new class pet?