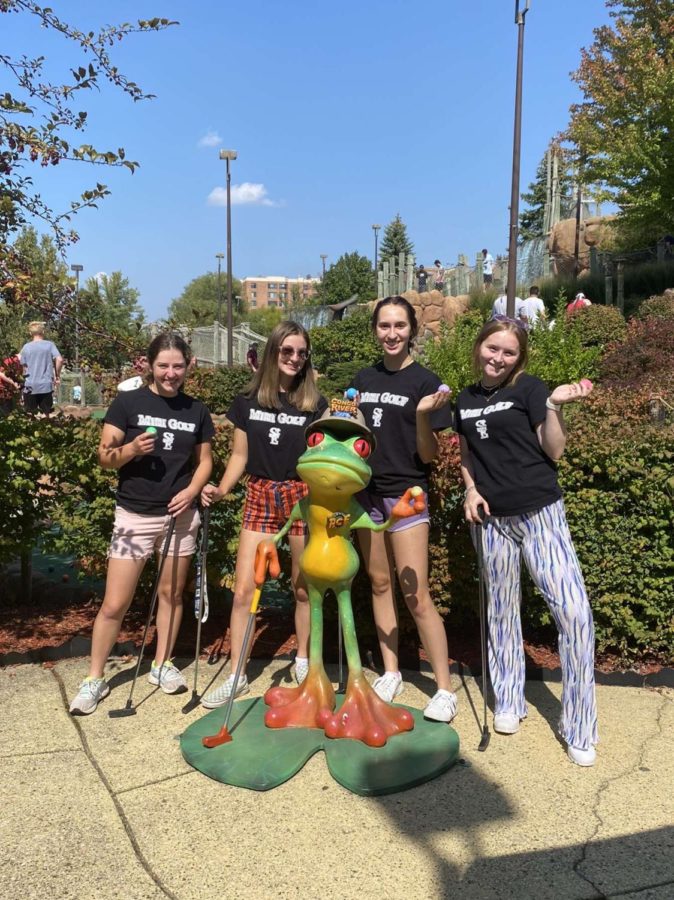 The St. Edwards Mini Golf Club’s first outing was a hole-in-one! On September 19, the Mini Golf Club held an outing at Congo River Mini-Golf Course. About 20 people showed up to show off their putting skills. President of the club, Kelly Hancock, says, “I enjoyed the mini-golf place we went to because it was big enough to hold everyone without blocking up the course for everyone else.” The golf course had two different paths that you could choose from, Congo River and Congo Falls, both 18 hole courses, and with the number of people who showed up and those who were already there not a part of the club, it wasn’t super crowded, and there wasn’t a lot of waiting around to golf your next hole.

There was a range of students from different grades who came out to golf. Sophomore Holly Tomaka joined the new club this year and couldn’t have more awesome things to say about the place, saying, “I enjoyed the place of our first mini-golf outing. I thought the course was very detailed and adventurous, which made it cool to play. I also liked that the course had a good difficulty level to it, so you had to put some thought into your shot.” The course was nice and clean, and the staff was very welcoming. With Congo River being the first of many more outings to come, it has set the bar for what is expected when the club meets.