The night of the living dead… in Elgin! 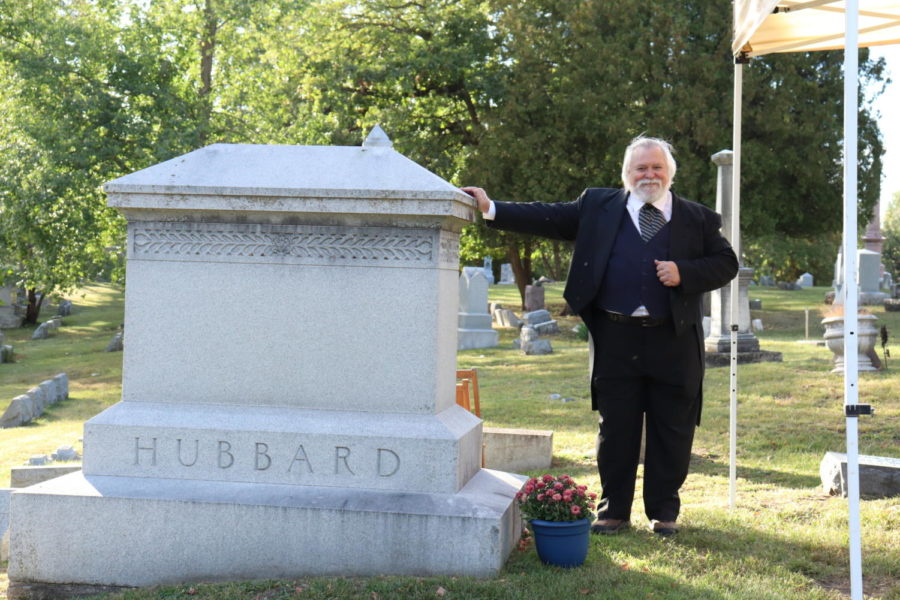 Are you dying to know more about the history of Elgin and its influential residents? The sun was starting to set over the Bluff City Cemetery, and the ghosts of the past came to life on September 25th to tell their stories. As you walk along the steep pathways of the cemetery, each “ghost” resides next to their grave to detail their connection to Elgin and how their lives impacted the city. The Bluff City Cemetery Walk is hosted annually by the Elgin History Museum, and local actors portray various historical figures of Elgin’s past. These figures included various Elgin women of the 1940s, Judge John Ranstead, Eliza Lovell, Ralph Abell, Henry Sherman, Daniel Broadnax Sr., and William Hubbard. Of the characters, the three most notable figures were Eliza Lovell, Judge John Ranstead, and Henry Sherman. 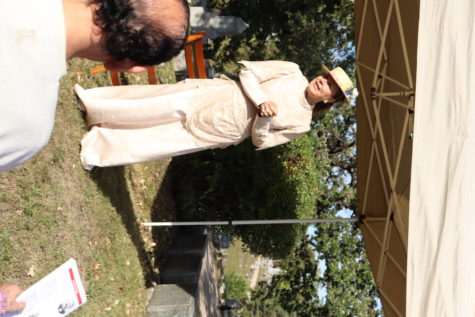 Eliza Lovell came to Elgin from England with her husband in 1876 where her husband eventually became the mayor of Elgin. During her time as a socialite of Elgin, she advocated for a hospital in Elgin and after her husband passed, she turned their home into what would be known as the Larkin Home for orphans. 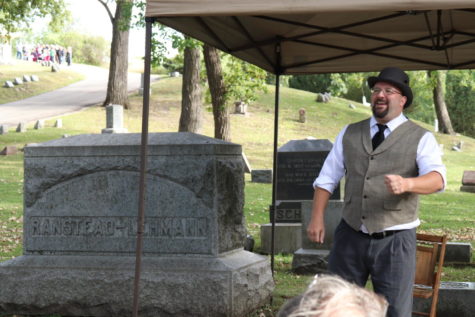 Judge John Ranstead served as a judge in Elgin for 19 years and was a student in the first class at Elgin Academy. He practiced law for many years before and after his time as a judge. He and his son-in-law, besides running their own law firm, also helped establish local banks in the city of Elgin. The building where Ranstead had his law firm still exists today and is now Al’s Café and Creamery in downtown Elgin. The second floor of Al’s used to be Ranstead’s office where some of his old memorabilia and books are put on display. Signs of the bank’s existence can be seen on the second floor too with the giant vault that sits in the room. 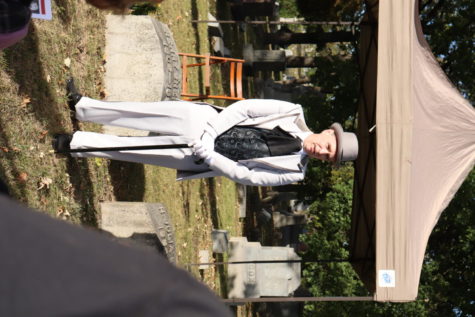 Henry Sherman was a businessman who helped to build up Elgin in the early 1800s. Aside from his business in his drug store and packing company, he is considered to be one of the Four Immortals of Elgin. The Four Immortals were a group of wealthy Elginites (Benjamin Lawrence, Walter Pease, Elijah Wilcox, and Henry Sherman) that helped raise the funds and buy the land that would lead the National Watch Company to choose Elgin as the city for its headquarters. This act helped generate jobs for the community and boost the city’s prosperity. His name is most recognizable today from local Elgin hospital, Advocate Aurora Sherman Hospital. When the Elgin Women’s Club was first looking for a location to put a hospital, he donated his two-story house and some of his property in order for them to start a much-needed hospital. In honor of his generous donation, the women’s club decided to name the hospital after him. Without the efforts of Henry Sherman back then, Elgin would have looked a bit different today!

The Bluff City Cemetery walk provided a unique and entertaining outlet to get a closer and more personal look into the past. The more we learn about where our city came from, the more we can appreciate how we got to be where we are today. These extraordinary figures of Elgin’s past remind us of the importance of giving back to your community and what it means to be a good citizen.

Below are pictures of other featured characters!