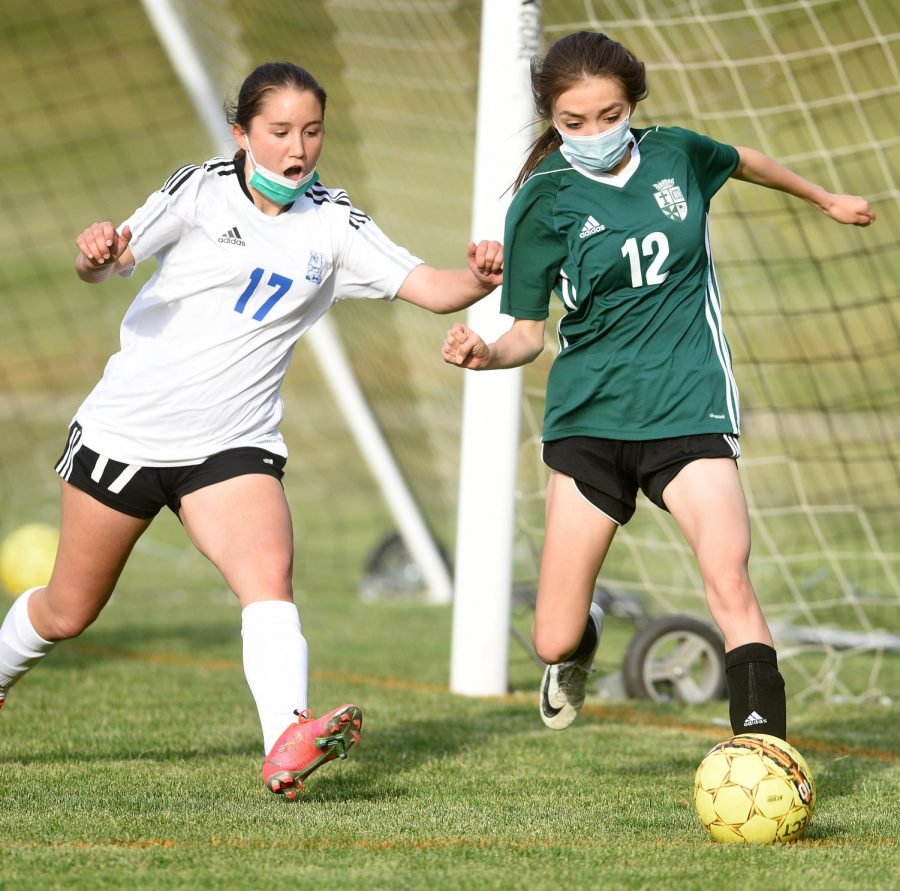 Here at St. Edward, our Girls Soccer season team practicing April 5th. The season was very delayed, due to Covid and the overlapping volleyball season. The girls’ team is coached by Mr. Brieger, who has coached the girls team previous seasons. The girls have a team compiled of 3 seniors (the captains of the team), 4 juniors, and 7 freshmen.

Coach Brieger had this to say about the season: “In this crazy season, the girls have been amazing and continue to build and grow each day. Having many on the roster play both soccer and volleyball at the same time was a challenge, but the girls are making it work. So far only two games, with the bulk of our schedule coming up quickly. Excited that the girls will be getting a post season after missing out on their entire season last year!”

The girls have played 2 games so far, with both ending in losses. They still have more games to go and hope to win.

Senior and captain of the soccer team, Mia Castro said, “This year is definitely different than past years, but I am happy to see that we have a season. We have lots of new faces on our team, so I am excited to see how we progress in the upcoming games.”