Shamrockin’ and rollin’ the history behind St. Patrick’s Day 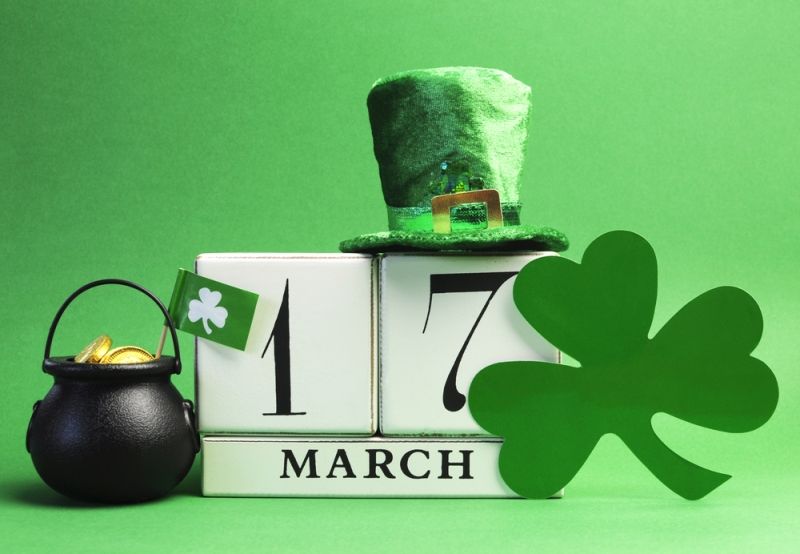 March 17th is annually celebrated as St. Patrick’s Day, the anniversary of St. Patrick’s death in the fifth century. This Roman Catholic feast day has been observed as a religious holiday for over 1,000 years. According to History.com, St. Patrick’s Day falls during the Christian season of Lent, so traditionally Irish families would attend church in the morning and celebrate in the afternoon. As this holiday is during Lent, yearly Lenten prohibitions against the consumption of meat were waived and people would dance, drink, and have a feast of the traditional meal of Irish bacon and cabbage.

Saint Patrick, who lived during the fifth century, is the patron saint of Ireland and its national apostle but is oftentimes looked at as not being Irish since he was born in Roman Britain. At the age of 16, Patrick was kidnapped and later brought to Ireland as a slave. He later escaped from slavery but made a return to Ireland to bring Christianity to its people. The most well-known legend of St. Patrick is that he explained the Holy Trinity to the Irish people using the native clover, the shamrock.

Hundreds of St. Patrick’s Day parades are held across the U.S.  New York City and Boston are home to some of the largest St. Patrick’s Day celebrations. Records show that the very first St. Patrick’s Day parade took place in America, not in Ireland. This parade was held on March 17th, 1601 in the Spanish colony of what is now known as St. Augustine, Florida. Over the next 35 years, American immigrants flourished with Irish patriotism, prompting the rise of so-called “Irish Aid’ societies.  These “Irish Aid” societies such as the Friendly Sons of Saint Patrick and the Hibernian Society held annual parades featuring some of the first sounds of bagpipes.

Up until around the mid-19th century, most Irish immigrants in America were members of the Protestant middle class. The Protestant middle class can oftentimes be seen on the Irish flag represented by the orange color. In 1845 when the Great Potato Famine hit Ireland, close to 1 million poor and uneducated Irish Catholics began pouring into America to escape the scare of starvation. These immigrants already had trouble finding jobs and when they took the streets to celebrate St. Patrick’s Day, the newspapers portrayed them in cartoons as drunk, crazy, and, “violent monkeys.” In the fight to change these stereotypes and racial prejudices, President Harry S. Truman attended New York City’s St. Patrick’s Day parade in 1948, which was a proud moment for many of these ancestors.

Many Irish traditions and heritage are still celebrated today throughout the U.S.  Traditions that are closer to us include Chicago’s annual dying of the river green, many pubs holding special celebrations, and Irish families having their own traditions. My personal favorite tradition my family and I have is when we were younger, my mom would use food coloring and make either milk or root beer turn green. We also have an Irish family crest hanging in our dining room reminding us of our Irish heritage. One blessing we all share with our Irish family while celebrating this holiday is, “May the road rise up to meet you. May the wind be always at your back. May the sunshine warm upon your face and until we meet again, May the Lord hold you in the palm of his hand.”

So as you celebrate St. Patrick’s Day this March 17th, you now have a better history behind it and how Irish immigrants influenced America!