Will the U.K. dump Trump? 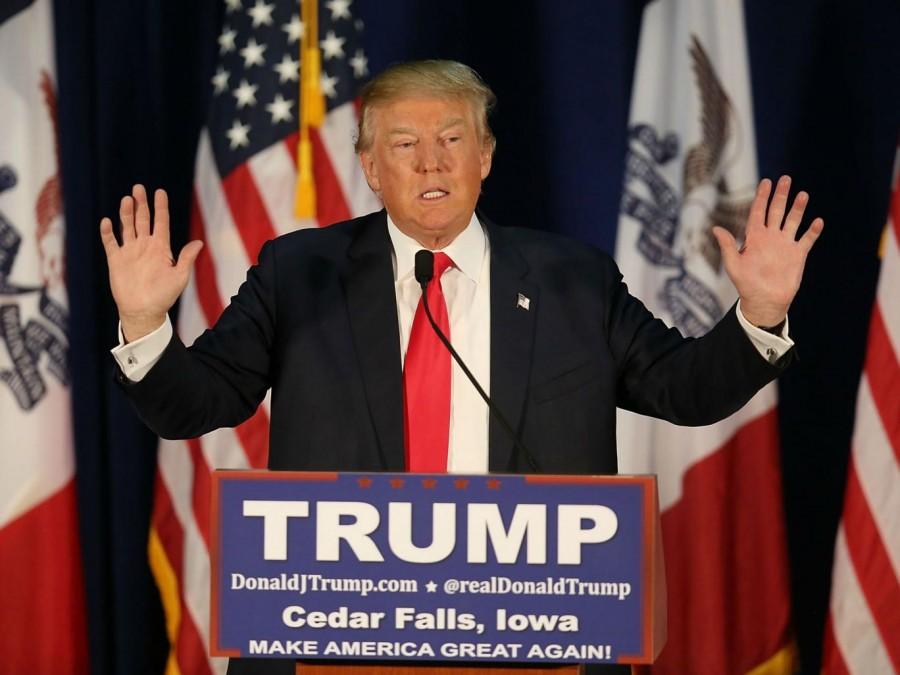 Donald Trump at a rally in Iowa.

UPDATE: DEBATE OR DEMEANING?
Donald Trump is usually the one with the tough talk.  The British MP’s had a few kind words to share about Mr. Trump.  The parliament made their dislike for Trump very clear during the debate. The parliamentarians served up a plethora of insults and labeling as “a buffoon,” “poisonous” and “a wazzock.” This is british slang for “a stupid or annoying person.”

The debate however, did not lead into a vote whether to ban Mr. Trump or not. The power to exclude a person from entering the UK belongs to the Home Secretary Theresa May. It is said that “She will continue to use the powers available to prevent from entering the UK those who seek to harm our society and who do not share our basic values.” More people seem to prefer not allowing Mr. Trump to enter the UK borders.  There is however, a small group that wish parliament will allow Trump to enter Britain. The controversy over Mr. Trump is still being discussed. Will this decision impact Trumps popularity in the 2016 presidential election? Find out here during the next update on this controversy over this billionaire candidate.
WILL THE U.K. DUMP TRUMP?
Donald Trump has gained the eye of the public since he announced that he will run for president.  He is a very opinionated man who stands strong for the things that he believes in. The billionaire might have caught too much negative attention, and not just by some of the American public.  Since he announced that he wants to ban Muslims from entering the U.S. borders, the citizens of the United Kingdom have started a petition to ban Mr. Trump from entering their country.  British Parliament, by law, must take petitions with over 100,000 signatures into a debate.  This petition has gained over 570,000 signatures, well more than enough needed to bring it into a debate in the British Parliament.

The debate will be run by Labour MP Paul Flynn. He will also include the petition that says to not ban Mr. Trump. This petition, however, is much smaller than the one that wants to ban Trump.  Mr. Trump responded to the petition saying that they were ungrateful and claiming that he had “done so much’ for the U.K. He also added “They don’t know what they’re getting into.”

Ministers have rejected the call to ban Trump from entering the UK, saying they should instead invite him over to show success of multiculturalism.  David Cameron said the comments made by Trump were “divisive, stupid and wrong.”  Cameron wants Trump to come to the UK because it would “unite us all against him.”