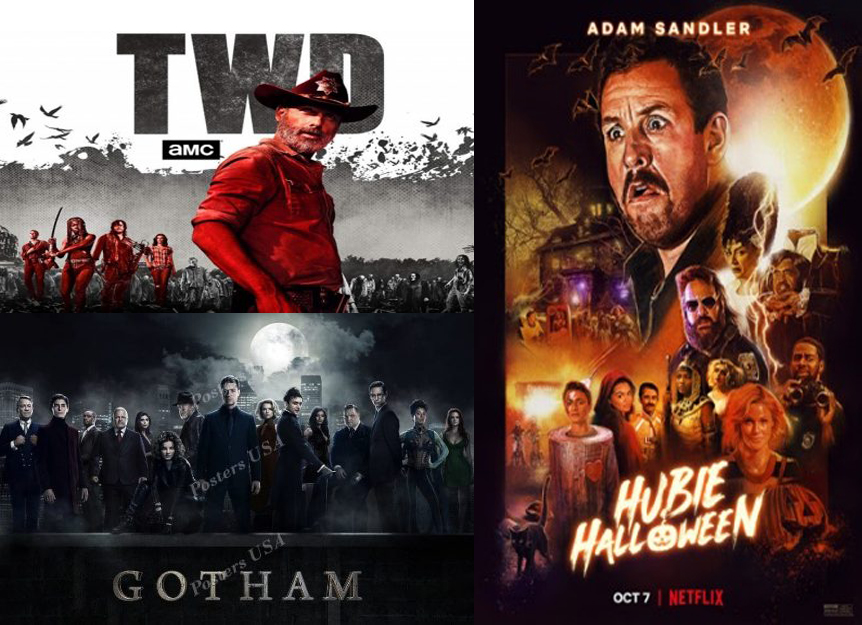 Gotham was a TV prequel series to Batman that first aired on September 22, 2014 on Fox. It follows the story of James Gordan before he’s the police commissioner and how he handles his work. It’s a show that any Batman or even crime and mystery show lover will die for. It’s a show with many classic Batman villains including famous ones like Joker and Cat Woman. The show is a great fall watch because a lot of the backgrounds and induvial set pieces are stylized for the winter or fall. The shows does a good job at pacing the story, being sure to slow down for the quieter more subtle since but also knowing when to kick the action into high gear. Overall, the show is great and is a must watch for this fall.

TWD or The Walking dead is a show set in Georgia and other southern states where the only goal is to survive the Dead. It is currently airing on the AMC network and first aired Halloween of 2010.The story itself follows the story of ex-cop rick grimes and his journey to protect not only his family but the group of survivors he leads against the dead. Throughout the show the group encounters people, animals, and of course hordes of dead all combined into one epic show where there are scary, sad, and even happy moments.

Hubie Halloween was released rather recently on Netflix as an exclusive. It is a comedy and a rather good one at that, with an all-star cast.  It Stars Adam Sandler, Steve Buscemi, Kevin James and many more. As far as the story goes, it is pretty solid with only a few slow or corny bits. The comedy however is top notch, if you like Adam Sandler, you will love this movie and even if you do not it there’s still a lot of jokes for you.