Is TikTok getting banned? 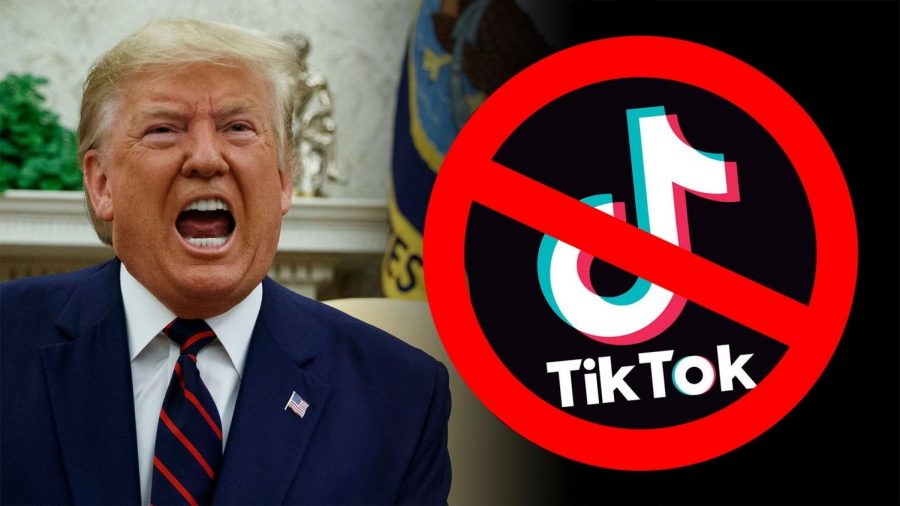 I’m guessing by now you have heard of the video social media app TikTok. It has become the most downloaded app in the Apple app store and is used by an estimated 100 million Americans. For those who don’t know, Tik Tok is a social media app used to make short 15-60 second videos on any topic you like and share it with the world. The company currently employs 1,400 U.S. citizens and is planning on hiring 10,000 more in the next three years. If so many Americans enjoy and benefit from TikTok, why is President Trump trying to get rid of it?

The Trump administration is worried about information and data being used for the Chinese government’s personal gain. In TikTok’s terms and conditions, it states they have the right to access information such as registration information, profile information, payment information and user-generated content, but is not limited to these four things. The Independent reported that TikTok browses other apps running on your phone such as users’ social media networks, IP address info, location data, and information from third party platforms. The thing is, most other social media platforms have access to this information as well. It’s only concerning to Donald Trump and his administration because the creator of the app is from China.

Trump issued an executive order calling for an American company to buy the app by September 20th or the app was to be banned. Obviously, neither of those things happened. Some Senators have taken it a step further and started encouraging staff to delete the app from their phones. Trump threatened to ban the app three different times sending users into shock and distress. There has been talk of Walmart and Oracle planning to take partial ownership of the app, as well as Microsoft. In my personal opinion I believe with COVID, the election, and approval of a new Supreme Court Justice, the Trump administration and Congress have been too busy to worry about things as small as banning a social media app. If the president banned the app before the election, he would lose even more support from the younger generation, who make up the majority users on the app. The younger generations aren’t the only ones upset about the supposed ban. Over 37% of TikTok’s users are 30-years-old or older. The app isn’t just for big creators and influencers, it’s an outlet for anyone who wants to create content for others on the app can relate to and enjoy. As of now, we are still waiting on President Trump to follow through with the ban of this app. Unless he wins the next election, I do not see the ban happening any time soon.