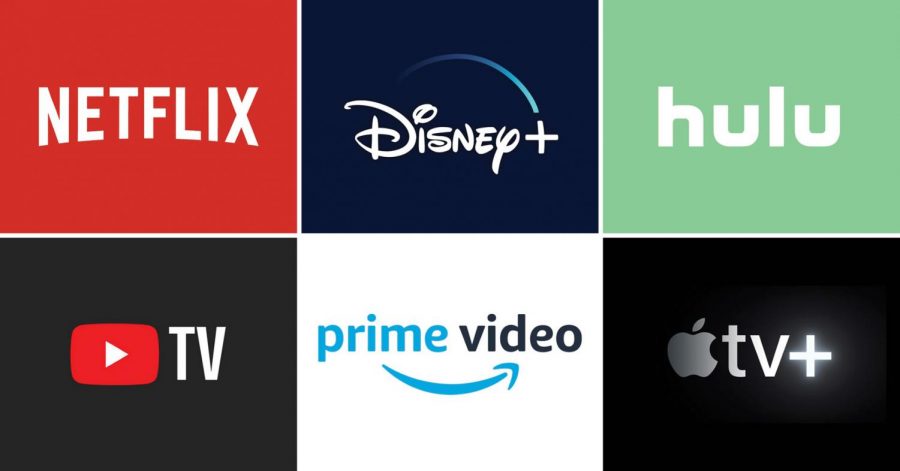 As everyone was searching for new ways to keep themselves entertained during quarantine, TV streaming was one of the most popular ways they did so. People turned to, “quaran-streaming” to avoid the coronavirus, watching Netflix, Hulu, Amazon Prime Video, Apple TV+, Disney+, etc.  With several movie theaters closed and music festivals cancelled, people turned their own houses into personal movie theaters and concerts. One way many people did this was binge watching new series added to Netflix such as Tiger King: Murder, Mayhem, and Madness, All American, Love is Blind, Narcos, and Outer Banks. TV streaming services started releasing new series to keep their viewers glued to their screens.

Outer Banks, a popular Netflix show released in April, was rated 71% by Rotten Tomatoes and has word of a second season coming out soon. Actors such as Madelyn Cline, Chase Stokes, Rudy Pankow, and Madison Bailey have shared via their Instagram accounts how difficult it has been to film during a global pandemic. Chase Stokes, referred to in Outer Banks as John B., shares a personal statement about how they are required to get tested for the Coronavirus multiple times a week during filming and asks those who have been trying to sneak on scene to stop due to the fact that if one cast member catches the virus, they have to shut down the entire filming process. In hopes of releasing Season 2 in early 2021, according to Seventeen Magazine most of the original cast is returning. This Netflix original series left many sitting on the edge of their couches wanting more, which we hope is released soon.

Other shows such as All American, Love is Blind, Narcos, etc. can be watched on Netflix as well. As of July 2020, the total number of Netflix subscribers is around 192.95 Million, according to recent statistics. TV streaming services are the new normal and way people spend their time while being quarantined to their house.

(Please ask your parents’ permission before viewing these shows as some of them may be R rated.)