Fleet Foxes entices the listener into an intoxicating, woozy dreamscape on their foreword thinking “Shore,” an album about the negatives and positives of being human. 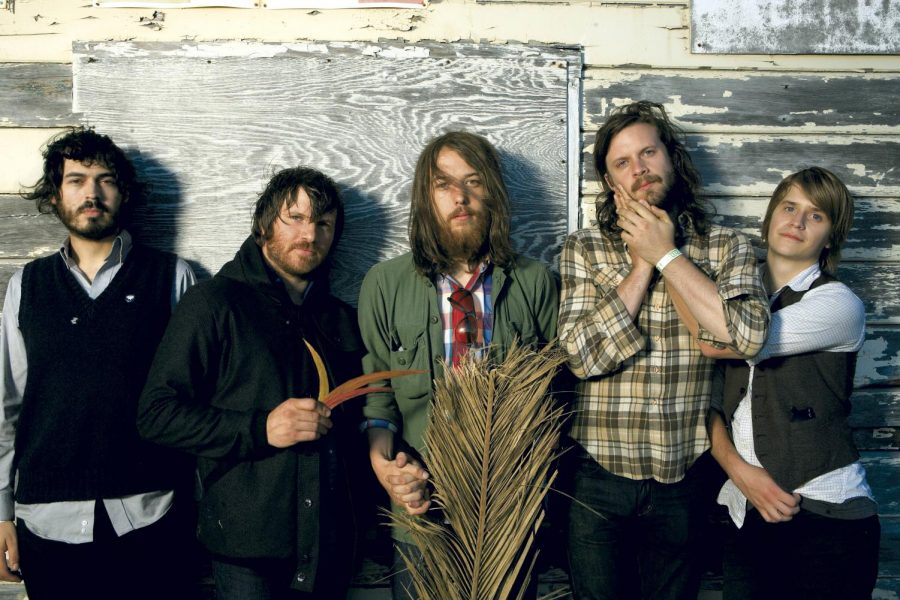 Bucolic indie-folk rockers, Fleet Foxes, released their fourth album Shore on September 22, 2020. Fleet Foxes, consisting of Robin Pecknold, Skyler Skjelset, and Casey Wescott. Christian Wargo and Morgan Henderson, formed in the Seattle indie music scene in 2006. Following a slew of EP’s over the course of a couple years, The Fleet Foxes in 2006 and Sun Giant in 2008, they eventually signed to Sub Pop records and released their seminal debut, Fleet Foxes, on June 3, 2008. The album, praised for its pastoral sonic composition and nostalgic feeling of 1600’s Europe, received critical acclaim, being called “a landmark in American music, an instant classic,” and being described as “a satisfying, self-assured debut.” After the success of their debut, they went on to release their sophomore LP, Helplessness Blues, which also received widespread critical acclaim. They went on a much-needed hiatus from 2013 to 2016, coming back and releasing their third album Crack-Up, which led the band to their fourth and their most recent, Shore.

Right from the get-go, you know what the album is going to feel like; the album kicks off with the sparse but brilliantly staggering “Wading in Waist-High Water.” The song opens with an acoustic guitar drenched in an echo effect, like you’re listening to it being played thirty feet away from you in an empty old cathedral. The singer enters center stage, pulling you into her dream as she sings, “Summer all over. Blame it on timing. Weakening August water.” The song picks up, as a fuzzy synthesizer complements the guitar, and a choir of children accompanies the singer. Following a drop in the verse and a couple of subtle and airy piano embellishments, the chorus explodes, expanding the dream from feelings of blueness and loneliness into the fire-y feeling of human compassion. The kick drum, piano, and guitar all play in unison and play the same thundering rhythm as the choir of children and singer chant, “Soon as I knew you. All so wide open. Wading inside of a fire.”

Digging through the rest of the album, all the songs seem as like they meld together into one sound. Each song has some sort of psychotropic instrumental arrangement, weaving together The Beach Boys-like angelic vocal harmonies, a spacey Pink Floyd-ian aesthetic, and a modern 21st-century Bob Dylan folk-rock influence. Robin Pecknold, the band’s primary lyricist and songwriter, supplies each song with poetic lyrics and memorable themes, which helps shape the album’s meaning of connection and fallacy. Songs that help exemplify this meaning include “Jara,” “Can I believe You,” and “Featherweight.” “Jara,” the fourth song on the album, talks about facing injustice in the world, no matter the price. The title of the song connects to the Chilean political activist, Victor Jara, who fought against the injustice he saw in his hometown using the power of his guitar. His hometown was later overthrown by a ruthless regime, and Jara was killed for his views. “Can I Believe You” talks about the stress of thinking someone close to you is being untruthful or unfaithful. The song starts with vocal harmonies, then switches to a bright acoustic guitar, a lustrous electric guitar, and faint, but potent, drums. Pecknold pleads, “Can I believe you? Can I ever know your mind? Am I handing you mine?” “Featherweight” is about stepping away from your ego and realizing what others have done for you. The sonic composition stays the same compared to the ones before it, with kaleidoscopic guitar parts all intertwining to make one euphoric sound. Pecknold comes to his senses as he admits, “In all that war, I’d forgotten how many men might die for what I’d renounced. I was staging life as a battleground. No, I let that grasping fall.”

This album couldn’t have come sooner, and its meaning rings too true right now; Shore encapsulates what it means to be human, and it shows us that we shouldn’t take everything for granted. We all should take a step back from reality sometimes and just take a breath. The Coronavirus is ravaging the world right now and sometimes it seems like there’s nothing to turn to for support, but Shore feels like a beacon in the night that we can turn and hold onto to get past these times. Fleet Foxes entice the listener into an intoxicating, woozy dreamscape on their foreword thinking Shore, an album about the negatives and positives of being human.