Made for the job

An Interview with Mr. McLoughlin 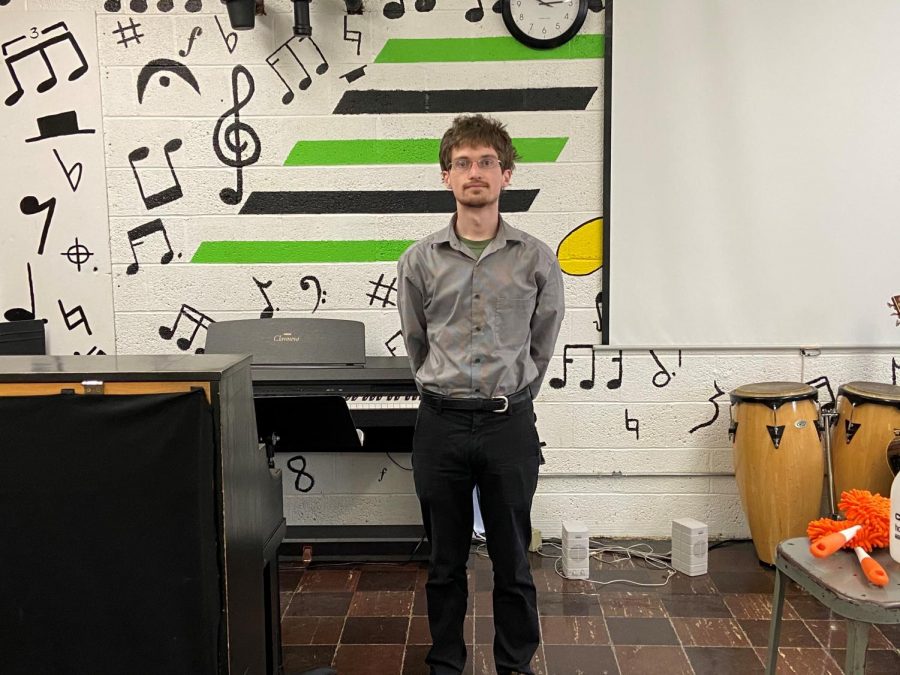 It’s as if he was made for the job; Mr. Mcloughlin joined our St. Edward’s family over the summer and became both the new music and freshman English teacher.

His love for music and English stems from early in his youth. “It was always something that I did,” he says sitting in the chair in front of me. He started band in either fourth or fifth grade, played the trumpet for a year, and then switched to percussion. “I didn’t really take it seriously until later.” In high school, he was very involved in his passion for music; he was a part of classes such as band, concert band, jazz band, and an optional a cappella group.

Just like music, Mr. Mcloughlin stated that he was always around and involved in English. He would write stories, music lyrics, and movie scripts for fun. When it came to college, he attended Illinois Wesleyan University and studied English and music. After finishing undergrad, he then went on to receive his Master’s Degree at Illinois State. There, he met the choir director Carol Carlson who inspired him to teach. After finishing school, Mr. McLoughlin wanted to teach at college, but then realized that he would’ve been restricted to teach a certain aspect of music. His goal was to teach people about the basics and fundamentals of music, which led him to high school.

Mr. Mcloughlin found St. Edward by chance. While in quarantine, he was looking for any job he could, when he came across St. Edward on a school site. There were vacancies for both music and English. He applied and got both jobs! Despite the pandemic, he is looking forward to guiding students though music. Even though music contains instruments that require the mouth to play, safety does come first and he is taking every precaution to keep all of his students safe. He is hoping for a great year and music will be the thing to guide him and everyone else to it.