Getting to know Ms. Syrris! 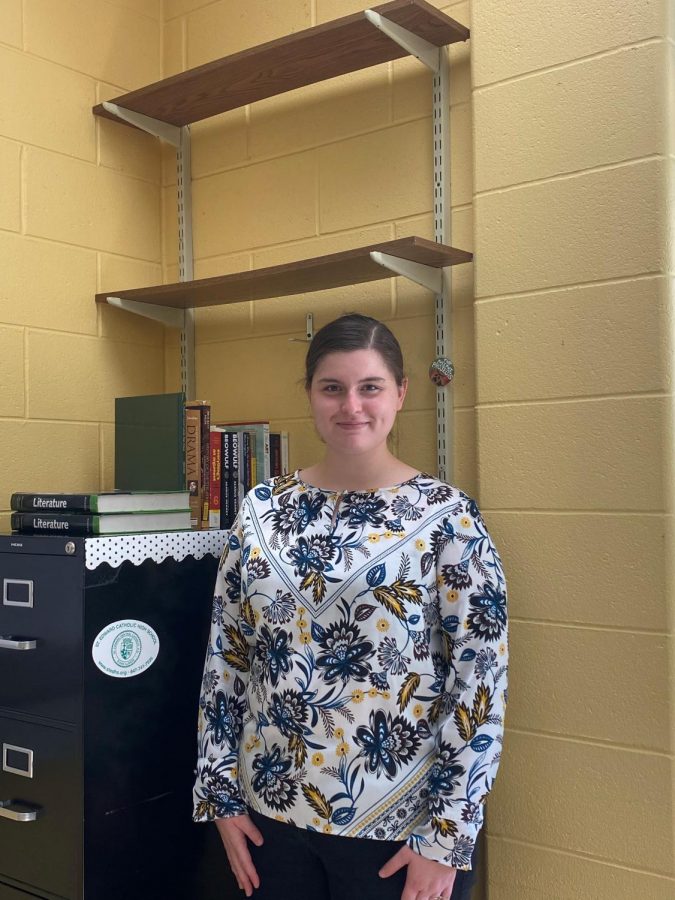 Last January, St. Edward got a new addition: Ms. Syrris joined us to take over for Ms. White in the English department. Ms. Syrris teaches British Literature for both regular and honors, AP Language and Composition, and Theatre/Film studies. She attended Larkin High School and went to college at ECC and then Aurora University, where she got her Bachelor’s Degree in English and an Associate’s Degree in Theatre.

Ms. Syrris was previously a drama teacher for Drama Kids International, and on top of that she owns a business called “Goodly Creatures”, which puts on great theatre productions. Her favorite play is “Who’s Afraid of Virginia Woolfe”, her favorite musical is “Billy Elliot” and her favorite Shakespeare work, which according to Ms. Syrris had to have its own separate category, is “Much to do About Nothing”.

Ms. Syrris has deep roots in theatre; she started acting at a very young age, studied theatre in college, and now puts on fantastic productions. She is now working on a new project for St. Ed’s Drama Club, which she is ecstatic about. The club will be putting on a virtual radio show, focusing on the golden age of the 1920s radio shows. All students can get involved; the club needs writers, actors, editors, producers, and so on—there’s a job for everyone! The production will also be entirely virtual! Contact Ms. Syrris if you are interested.

Ms. Syrris had an eventful summer, she got married and bought a house! To wind down, she watches “The Great British Baking Show”, which inspired her new quarantine hobby: cooking and baking. She also loves to read, her favorite book being O Pioneers by Willa Cather. When asked what her favorite thing about teaching is, Ms. Syrris stated, “Getting to know my students! I find everyone very interesting and entertaining!”. She loves learning more about her students and developing those close teacher-student bonds that are essential in the classroom. St. Edward is so happy to have Ms. Syrris in our little family, and we look forward to getting to know her as well!