Jumanji: The next level- entertaining action worth seeing! 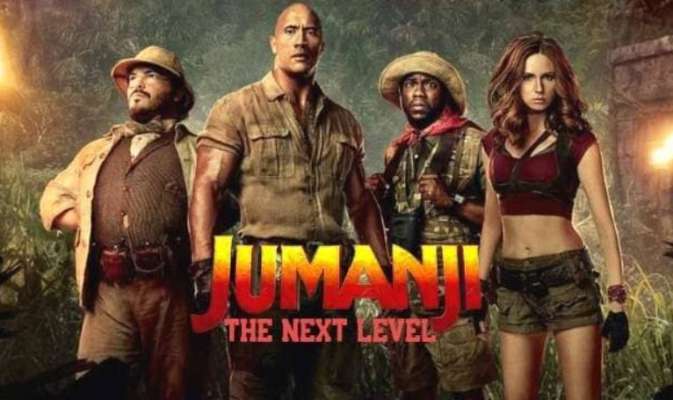 Do you like action movies or movies that are going to leave you eager to know what will happen next? Well, then this movie is definitely for you! The new movie currently in theaters Jumanji: The Next Level will not only leave you jumping out of your seat but so thrilled that you might consider seeing it a second time. The movie stars Dwayne Johnson (The Rock), Kevin Hart, Karen Gillan, Jack Black, Danny DeVito, and Alex Wolff; these characters play a main role and work as a team to win back their friend who is stuck in the video game known as Jumanji.

Jumanji: Welcome to the Jungle, released in 2017, was a more current adaptation of the 1995 Jumanji film. The 2017 film introduces the Jumanji game to four highschool students after they discover the old video game in the basement of their friends home. They get sucked into the game and transformed into their avatars. Not only must they win the game but also learn how to survive it in order to return to their normal lives in the real world. Two years later, the cast decided to continue this journey and take it to the next level with the second Jumanji movie that’s in theaters now.

This movie series teaches the lesson of teamwork and compromise to reach success. “From previous Jumanji movies made, all the movies has warm sweet moments for families to watch” said Glenn Kenny from New York Times magazine. “Watching the trailer, I already found it to be hilarious!” said Bilge Ebiri, another movie reviewer. The movie is already rated four out of five stars and still continues to score high. It’s currently a nominee for best fantasy film!