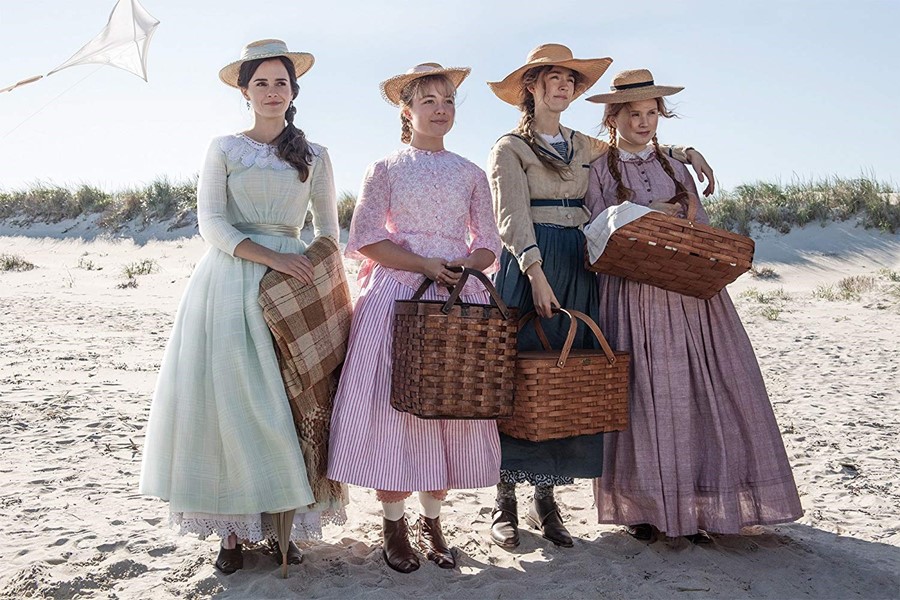 ‘Little Women’ has been a classic since the release of the book in 1869. It has charmed many people’s lives for nearly 200 years and there have been many remakes in the form of movies and television shows. The best by far is Greta Gerwig’s version that came out in Dec. of 2019. Filming began in Oct. of 2018 and the film was released in theaters on Christmas Day of 2019.

The story follows four sisters and their lives during and after the Civil War. Meg, Jo, Amy, and Beth March grew up in Concord, MA and lived with their mother, Marmee, while their father was away fighting in the war. The girls become close friends with their neighbor’s grandson, Laurie, and Jo becomes closer with him than the rest of the sisters. The story goes back and forth between the girls’ experience during the Civil War and their lives 7 years in the future.

I honestly really liked the movie. Little Women has been an important part of my family since my grandma was a kid, but I never got around to reading the entire book. It made me happy to experience a story that has meant so much to the women in my family. I appreciated the slight notes of feminism and the modern coming-of-age feel, even though the movie was set in the 1800s.

I also thought the casting was perfect. Saoirse Ronan played the main character, Jo March. Greta Gerwig and her had previously worked together on the 2017 film ‘Lady Bird’ and both of them thought Ronan would be perfect for the role. Other notable cast members include Emma Watson, Laura Dern, Timothée Chalamet, and Meryl Streep. Each of them also embodied their characters nearly perfectly.

Overall, I give the movie a four out of five stars. I was hesitant going into the movie because I’m not a fan of historical pieces, but the coming-of-age feel made it enjoyable and I believe it’s a movie that can appeal to all ages. I enjoyed the story itself and I appreciated the actors’ hard work they put into playing characters that have meant so much to people for generations.