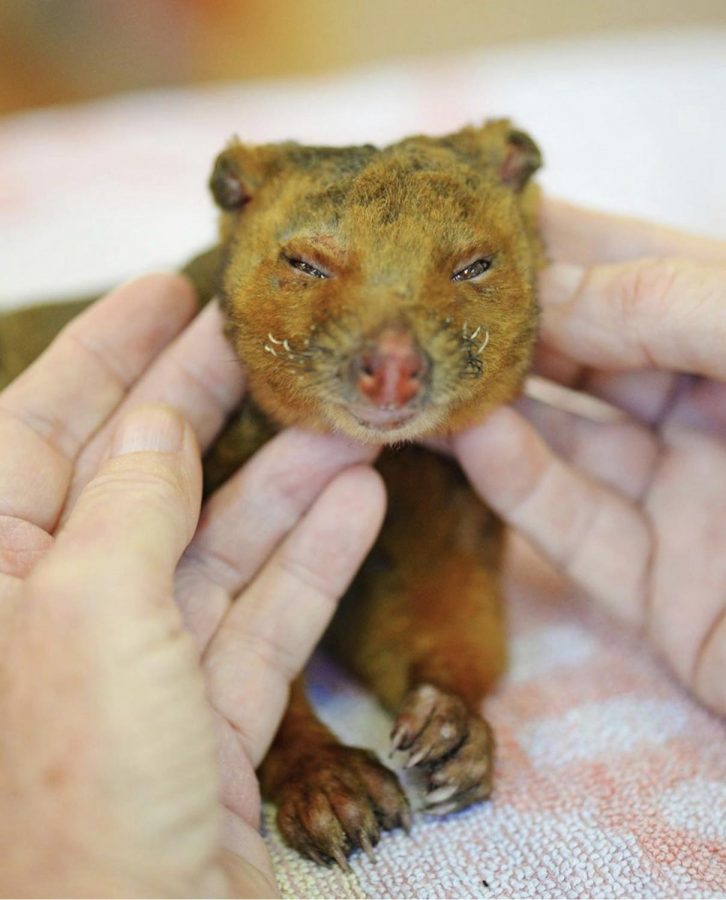 Blossom the possum was admitted to the Australia Zoo Wildlife Hospital after being caught in a bushfire in parts of Queensland.

Nearly a billion of animals have been killed nationwide in Australia by the current bushfires which started on Nov. 11, when a fire started in the Ravensbourne area near Toowoombaould, according to Christopher Dickman, a University of Sydney ecologist. These fires are often started by natural causes such as lightning strikes, although Australian authorities have charged 24 people for deliberately starting fires. Small wastes such as throwing a cigarette butt out the window of a vehicle, or other human activities often times also lead to the spread of fire. The number of deaths excludes most insects and frogs, if they were included, the number would be much higher. For most of southern Australia the dangerous time periods for these bushfires to start is the fall and summer.

Nonprofit organizations such as the AustraliaZoo Wildlife Warriors, established in 2002 by Steve and Terri Irwin as a way to involve other Wildlife Warriors in supporting the protection of wildlife and wild places, have started to raise funds to build a new ward for wildlife. Caretakers have stated, “most of the patients we have seen affected by the fires are grey-headed flying foxes, a species vulnerable to extinction.” The warriors originally had the goal to raise up to $150,000 to construct a new ward for the bats, that they have reached in the last few days.

Climate change has been a big factor on the bushfires becoming “out of control.” Extremely hot and dry areas of land have also affected the fires. Australia is in a national crisis. Since Sep. , 20 people have died and over 1,500 homes have been burned or destroyed. The fires can occur all year round, but scientists are warning that hotter more dry seasons can make the fires worse.