“I saw America as a land of new opportunity.” 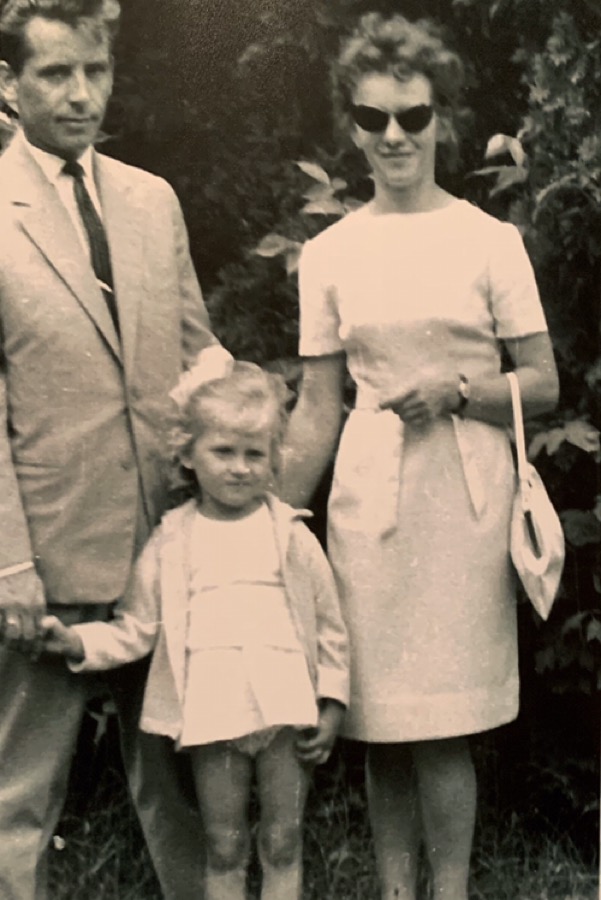 My mother and her parents in Poland

Many of those who have met or have spoken with my mother, Renata Stasinski, knows that she has a very strong accent. That accent is more than just an accent, it has a story behind it. That accent is just a small aspect of my mother’s story of immigrating all the way from Poland to America with my father, leaving their loved ones and homes behind.

My mother and my father were both born in Poland around the late 1950s and early 1960s. They grew up in this country, becoming used to their surroundings and country. Even though Poland was their home, they still wanted change. So in the 1980s, they immigrated to America, seeking change and opportunity for their future and their future generations. My mother told me, “We wanted to experience the opportunities for ourselves that America had to offer us and our growing family.”

Immigrating to America, however, came with many struggles and obstacles along the way for my parents. My parents did not know English but still needed to find jobs to support and pay for all the living expenses this new place had to offer. The language barrier was definitely their biggest struggle, along with moving to an entirely new environment while still missing loved ones back at home. Overtime, my parents learned to combat and move past the language barrier. My mother explained the simple way she slowly overcame it, saying, “I learned through contact and interaction with people.” She also told me her motivation for learning the English language, saying, “For me, I thought it was very important to learn the language of the country I live in.” Even though my parents aren’t fluent in the English language, my mother said, “I still learn each and everyday.”

Although immigrating to America was a struggle; my parents have no regrets on their brave decision. My mother exclaims her satisfaction, saying, “I love this country, even though the lifestyle is very different compared to my life back in Poland.” Over the years my parents have come to respect not only the country itself but all the people in it. My mother graciously states her thankfulness, saying, “I respect all the hardworking people in the United States who helped us feel welcomed and helped make this country our home.”