Building a business out of LEGO bricks 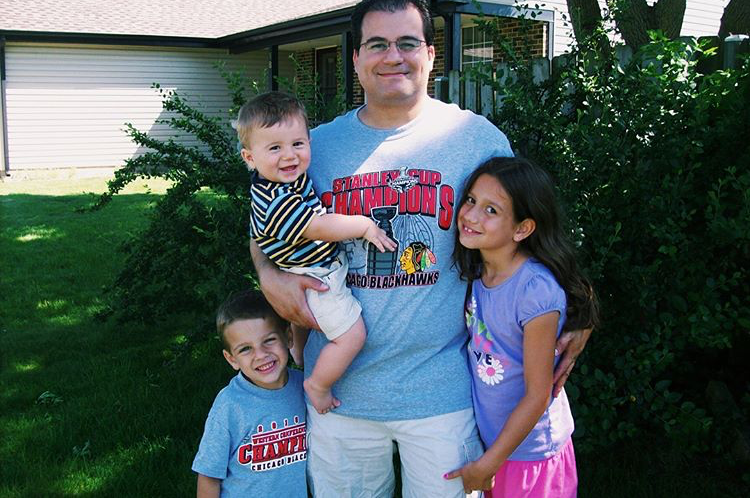 Ever since my dad, Rob Avila, was a child, he was always interested in buildings and architecture. “I was always interested in how things work and I got a lot of enjoyment out of building with legos and other building sets.” Growing up in the city also influenced his love for architecture and buildings. “I’ve always been fascinated by the buildings in downtown Chicago since I was a little kid,” he explained. Not only did it influence his career choice to be an architect, but it made an impact on his life in many ways.

Avila went to a large Catholic school called St. Ferdinand for grammar school and Gordon Tech (now DePaul College Prep) for high school. “Growing up in a Catholic Community gave me spiritual and moral guidance in my formative years,” he said. “My family was very encouraging in making sure I experienced the culture of the city as well,” he explained. “My aunt would take me to the Art Institute, we would go to theatre performances, and she would take me to city festivals.” This sparked the creativity that eventually led to his choice to become an architect.

My dad went to college at The University of Illinois at Chicago and majored in architectural studies. “I chose UIC because I was able to commute there and still live at home. They had a big architecture program. I would say it has one of two architecture colleges in Chicago.” His professors helped him a lot over the four years he attended UIC. “They were really good at not only teaching us the history of art and design, but they taught us to look critically at design and encouraged us to use architecture as a creative expression.” His friends were also a formative part of his time at UIC. “I was lucky enough to make friends that I still have a strong connection to 20 years later.”

His first job as an architect was at a medium sized firm called Camburas & Theodore. After 10 years there, he and his business partner, Steve Coughlin branched off and created their own firm, Modif. Architecture. “Mentally, I was prepared for the additional responsibility and extra hours that comes from being a business owner,” he said. “Me and my partner felt like it was the right time to start our own business and we had no doubt in our minds that we would be able to get it up and running quickly.” This endeavor made him learn many new things about what it’s like running a business. “One of the unexpected challenges is all of the legal and regulatory factors of the job. Contracts, insurance, and state licensing, to name a few.” Despite the challenges, he does not regret his decision. “The work flexibility, the great group of people we have that work for us, and the camaraderie that me and my partner have all make it worth it.”

Since starting his business, he has gotten to work on many dynamic and fast-paced projects. “We are working on a hotel project in Chicago, a boutique hotel in Colorado, and other high-end restaurant and retail buildings.” He is very proud of the work that him, his business partner, and their employees have put into the projects. “We pride ourselves on always meeting deadlines and we always want to insure that a quality project goes out the door. Those are two great selling points for trying to get new clients,” he explained.

He also has a few great pieces of advice for people who are considering architecture. “Rough patches are okay. There are always unexpected things that come up, and you always have to work through them. You can’t allow things to become bigger problems than they are,” he said.

Another piece of advice he has is to manage expectations. “You have to always remind people and communicate to them what you’re capable of and what you’re not.” His last piece of advice for students who want to become architects is to take business related classes in high school and college. “Although architecture is a very creative field, it needs to be built on the framework of a business in order to be successful,” he explained. “Any well laid out plans have their twists and turns, and sometimes those twists and turns can make the journey even better.”