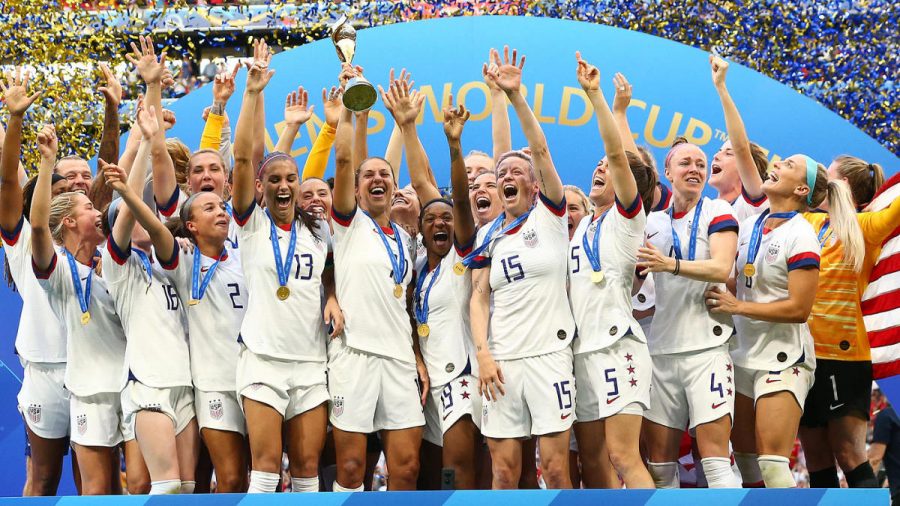 After their World Cup win against the Netherlands on July 7, the US Women’s National Team (USWNT) has been very busy. On July 8, a victory parade was held for them in New York City. Despite skipping their visit to the White House, the team has been very busy with other events. A victory tour was announced on July 9th and they played 5 games between August and October. With all of these events going on to celebrate their fourth World Cup win, the players also went back to their National Women’s Soccer League (NWSL) teams to finish out the season. With the NWSL playoffs happening as well as the final few games of their victory tour, the women have been very busy. This has been an exciting time for all of them, explained midfielder Sam Mewis. “Life has been great. It’s been super exciting, I think seeing just the impact the victory has had and getting to experience the whole thing with my teammates and my family is wonderful.”

On July 30, USWNT coach Jill Ellis announced that she’d be stepping down after five years. She was the first manager to win two Women’s World Cup titles in history and the first national coach to have won two World Cup titles in a row since Italy’s men’s national football team won two consecutive titles in 1934 and 1938. After stepping down, she will continue to work with the U.S. Soccer Federation in an Ambassador role.

Despite all the changes happening to the USWNT, the one thing that remains constant is their lawsuit against the U.S. Soccer Federation. After filing their lawsuit on March 8, 2019 and failing an attempt to mediate the matter, a trial date was set for May 5, 2020. The U.S. Soccer Federation argues that the pay structures for the men’s and women’s teams are different but that they are paid the same amount. As the women prepare for their lawsuit and finish up their victory tour, it is inspiring to see the amount of hard work they put into something they’re passionate about. It will be exciting to watch them continue their success into the 2020 season.