A Unique Perspective on Syria 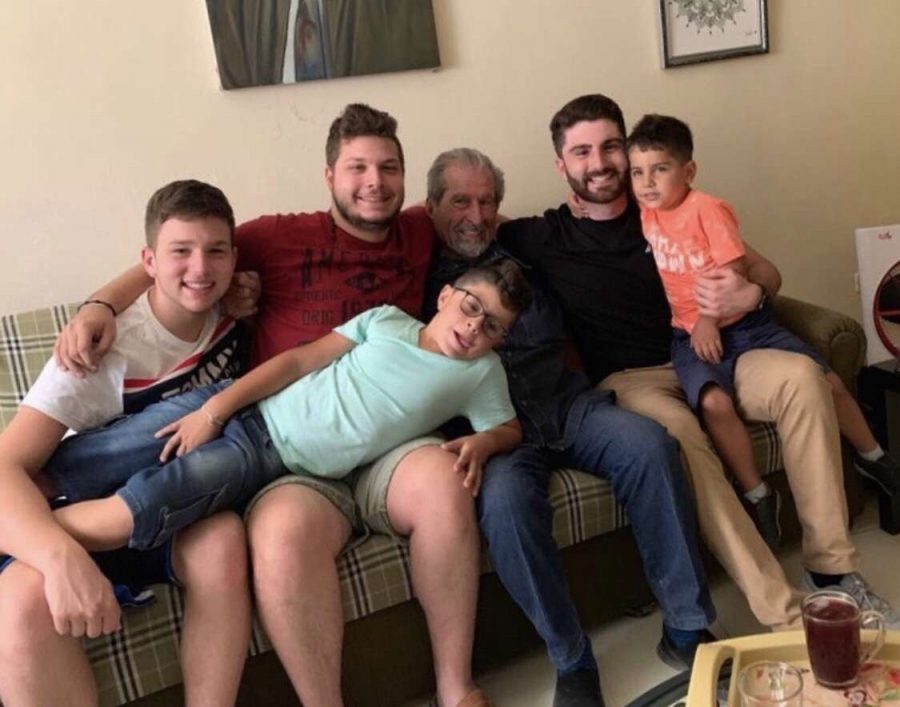 Michael spending quality time with his cousins, grandfather, and brother in Syria in the summer of 2019.

Often in the media, Syria is depicted as a country struggling with civil war, terrorism, mass disporia, and economic strife. While the Arab country has faced significant turmoil in the past decade, it does not mean that the Syrian culture and way of life in the region are extinct, as St. Edward senior Michael Azar can attest to. Michael was only two months old the first time he went to Syria. Michael and his brother Mayar lived in Syria for three years with their mother, going to school in Syria and returning to the US for the summer. In 2009, Michael permanently moved back to the States, and now spends the school years here and summers in Syria.

Michael truly has a unique perspective on what it means to be Syrian-American, with a deep appreciation of the culture, language, and customs of both his homes. In an interview with Michael about his experiences in Syria and growing up in a household that embraced his culture, he explained some of the little differences between the US and Syria. For example, “Arabic culture has a much higher emphasis on social life, which makes things like manners and restrictions much more important in daily life. But Syria isn’t too different in other ways, Syria has McDonalds, Dunkin Donuts, chains like that.”

Michael is a true patriot to both countries, through and through, in speaking about Syria with him, it is evident how much pride he has in his ancestry and the Syrian culture. He said that it is very disheartening when Syria is depicted as corrupt and its customs overzealous. When asked about how the civil war has affected his view of Syria, he remained resilient in his assessment of the ancient nation, he explained that Syria claims the oldest inhabited capital, Damascus, and oldest city, Aleppo, in the world. “It was Christan for 1,000 years, Muslim for 1,500 years, but Syrian for 10,000 years. The people see themselves first as Syrians, above any other sect. It is not a sectarian or violent culture, it is just easy to look like that when all you see on the news are terrorist groups and civil war. I think that it is important for people to realize that there is so much more to the history of Syria than whats been on the news for the past ten years, the country is thousands of years old.”

Michael noted that the amount of negative news about Syria drowns out a real understanding of the culture, “When I was younger I felt that my ‘American side’ and ‘Syrian side’ were at odds. It was hard to be the middle eastern kid when the news and even shows like Saturday Night Live depicted middle easterners as terrorists or backwards thinking religious freaks. As time went on, though, I learned to embrace my culture and tried to teach others around me about Syria, its culture, and all the positive things there are. Teach people that Arab people aren’t the stereotypes they see on TV, but just normal people from somewhere else in the world.”

When Michael reminisces about his second home, it is easy to see how much he appreciates all the small differences. For example, Michael notes that Syrian culture is much more family-focused, much more relaxed, and much more community oriented, “In Syria, people take siestas during the day. Families eat all their meals together, worship together, and are overall much more engaged with each other. The pace of daily life is more relaxed, theres no rat race to be caught up in.”

This past summer, Michael spent a month and a half in Syria visiting relatives and just enjoying local life in his town of Saidnaya. Micheal summed up his experience this summer with beaming eyes, “It’s a really cool experience, having a second home that is different from your normal life, but just as inviting and comfortable. Going to Saidnaya for the summer is a lot like going to a family picnic or reunion, you get to see cousins and aunts and uncles that you rarely get to see. It feels less like a vacation and more like just living somewhere else, its just a really unique and great experience.”