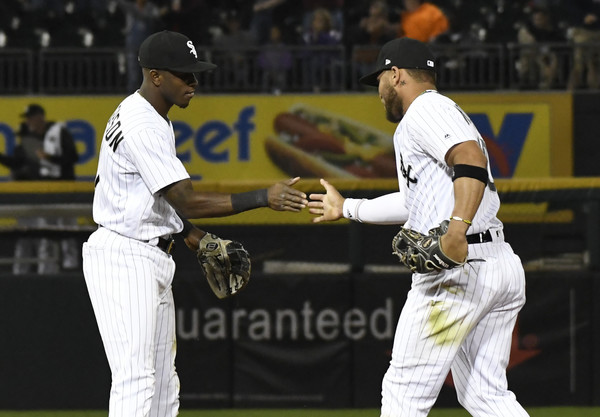 With the MLB season fresh there have been many surprising storylines that have taken shape. Many teams have been either surprising or underwhelming.With that being said these are five of my bold predictions that I have concluded from watching the early parts of the 2019 season.

Yoan Moncada and Tim Anderson have gotten off to a blazing start. Some would even say that Tim Anderson is the best player in the league at the moment. He leads the league in batting average, hitting at a remarkable clip of .429. Tim has the ability to be a 20–20(both 20 home runs and 20 stolen bases), the question was always would he be able to hit for average due to his high strikeout percentage. If he hits over .300 there will be no question that he deserves an All-Star spot. Yoan Moncada also got off to a hot stat but has cooled down a bit and is currently hitting .328. It seems like the move to 3rd base has helped his defense out. After breaking the single season strikeout record a year ago you can see he is going for a more aggressive approach swinging earlier in the count. Thus causing him to get better pitches to hit. If both infielders keep playing well they deserve the spot dispite how their team performs.

The Chicago Cubs will miss the playoffs.

It seems like the Cubs window of contention is starting to close. I understand that they have a pretty good roster with Bryant, Baez and Rizzo. But none of them are playing well, when Jason Heyward has you highest batting average something isn’t right. I don’t like their pitchers, they are just a mix of 2-3 starters with no defined ace. Lester is old, they overpaid for Darvish, Cole Hamels just isn’t that good and there is no way he plays like he did in the 2nd half last year. Quintana and Hendricks are just mediocre in my opinion. Their whole division got better so they are bound to lose more games. They didn’t do enough in the offseason to propel themselves over the Brewers and I believe the Cardinals have a better team then the Cubs. Even the Reds and the Pirated got better. Looks like they might have to wait another 100 years or so.

There will be a tiebreaker in the National League.

The National League is loaded with talent and the playoff race will be close. While the National League doesn’t have the super teams like the AL. It has a plethora of teams that are all in some range of talent such as the Nationals, Braves, Phillies, Mets in the East. In the Central the Brewers, Cardinals and even if you don’t agree with my third prediction you can add the Cubs there. The West has the Dodgers, Rockies and my surprise pick the Padres. With all these contending teams there is bound to be a tiebreaker either for a division or the wild card.

Rays get a playoff spot and maybe even the division.

The Rays have the best winning percentage in baseball. It may be surprising to hear but remember this team won 90 games last year and still didn’t make the playoffs. The Rays have made some addition such as Avisail Garcia and Charlie Morton. They have reigning Cy Young award winner Blake Snell as well as young righty Tyler Glasnow. They have a solid outfield with defensive guru Kevin Kiermaier, Tommy Pham who shows flashes of a star and Austin Meadows who’s just 23. The Red Sox and Yankees are still super teams but they are off to slow starts. Even if they don’t win the division they have the pieces to get a wild card.

The Padres will edge out the Dodgers in the NL West.

The Padre took a big dive in free agency and stole Manny Machado. They have the best farm system in the league and there prospects are beginning to come up. Fernando Tatis Jr looks like a stud, Luis Urias is another young quality player. On top of that they have solid veteran guys such as Eric Hosmer, Wil Myers and free agent signee Ian Kinsler. The question is the pitching the Padres have always struggled in that department. They have surprisingly thrown the ball fairly leading them to an 11-6 record. While this may be a bit of a stretch I believe if the Padres get hot at the right time and they call up some of their prospects they can win the division. The Dodgers aren’t as strong and the Rockies have gotten exposed to start the season. If the Padres pitch don’t be surprised to see them playing ball in October.