What is the Affordable Care Act? 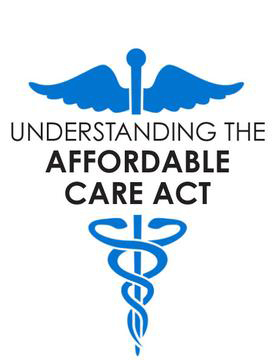 The Affordable Care Act is a act passed by President Obama back in the year 2010, and its goal was to reduce, and eventually eliminate the amount of uncompensated care in the United States. The Affordable Care Act is an act you’ve probably never even heard about, and yet it plays an important role in millions of people’s lives. The reason you’ve probably never heard of the act is because it is much more frequently referred to as its nickname, or Obamacare; stemming from the fact that it was President Obama who put the act into play.

Another recent topic for The Affordable Care Act or “Obamacare” is President Trump’s ambition to remove the act entirely. Not only would this jeopardize the health insurance of millions of individuals, but it would also make a dent in doctors paychecks, because more coverages patients, the more people that will likely look for primary care physicians. Other pros that the Affordable Care Act introduces include health care being much more affordable, over 16 million people have obtained healthcare through this act, as well as limitless care time, which was a huge improvement to the health care system.

There are some reasonable negatives involved along with the Affordable Care Act that President Trump pointed out on why he’d like the act to be removed. Higher premium costs are what is mostly argued over, when it comes to the act. It states how the insurance companies being accountable for providing health care to those with pre-existing conditions and other members may have to demand more in costs because of the fact that these insurance companies are now required to provide limitless care. The higher cost of premium health care is what President Trump attacks about the Act. Another just as significant reason that the Affordable Care Act is attacked, includes the tax that comes with not being covered. The tax is put on those who are not insured, and the idea is they put they’re health costs on others. This cost slowly rises over a time period.