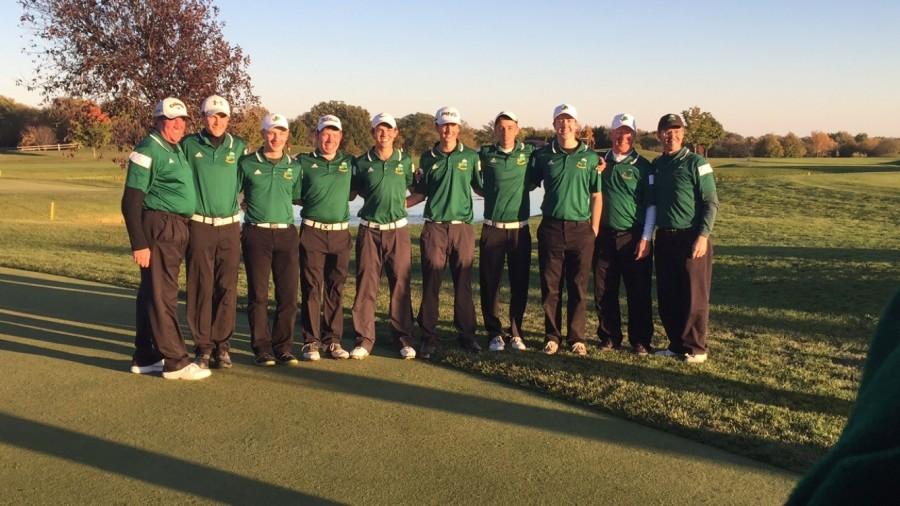 The boys golf team recently wrapped up their phenomenal season with a trip down state due to their ongoing outstanding performances in regionals and sectionals. After a minor team struggle at regionals, Karl Bibler’s 5th score advanced the team to sectionals with a team score of 339. Keeping their scores low at Prairie View entitled the boys to the second place title at sectionals with a team score of 335 and pushed them through to state.

“The practice round was rough.” Steven Poremba mentioned, “The course was open and easy but the greens were really fast. Probably the fastest we’ve played on all year.”

The boys racked up an average team score of 335 on their first day competing and towered into their second day, despite the cold weather conditions and delayed tee times, with the second lowest team score of their season of 327.

Despite their best efforts the boys lost third place by one stroke to Rock Island Alleman and took fourth. However, they had the pleasure in saying that the state champion, Michael Mattas, was on their team.

Senior Jason Allen commented, “Our goal all year was to make it down state as a team and we did. We just fell a little bit short. We had a successful season making it down state as a team, taking fourth place, and Michael winning state individually. It was a crazy year and I couldn’t have asked for a better team.”

The girls golf team also sent one member, Jordan Mattas, down state this season. After making it out of regionals with a score of 92, Mattas shot her season low of 88 which carried her into state. There she shot a 100 her first day and a 91 her second day placing 66th at the finish.

“The course was in pretty good condition. I didn’t think it was that difficult except for a couple holes,” Mattas commented. “Playing on the course was challenging because of the wind but I told myself just to have fun.”

As a returning state qualifier Mattas hopes to improve and qualify again in 2016 by practicing harder and consistently producing lower scores. Congratulations to both teams on their impressive seasons and successes.