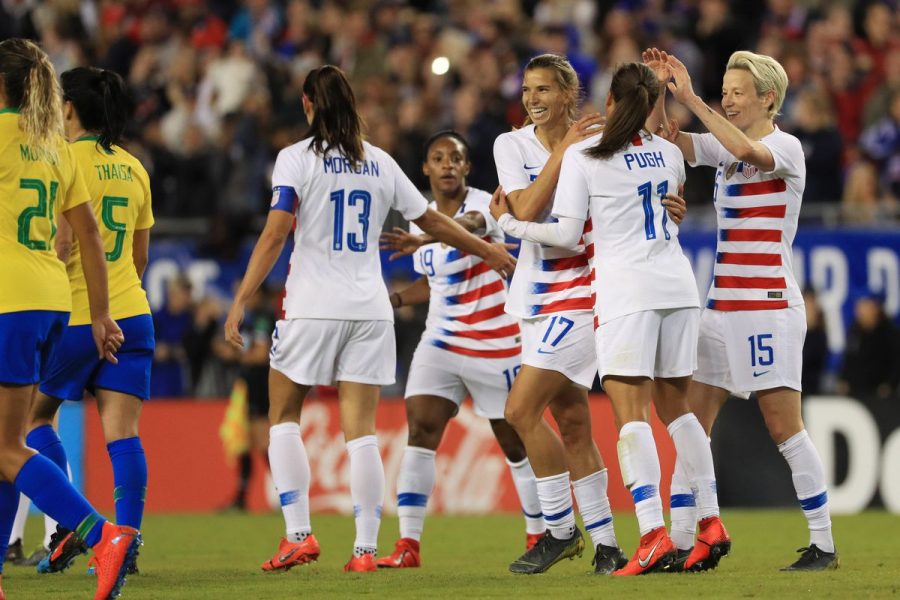 Almost a month after the lawsuit was filed, the makers of the LUNA nutrition bar stepped up to fill that bonus pay gap. The company donated over $700K to the USWNT to make sure every player on the team would receive the same bonus as the men do. During an interview with ESPNW, players Alex Morgan, Christen Press, and Megan Rapinoe expressed their gratitude for the donation. It was a big relief to them after years of fighting for gender equality. “We’ve taken a lot of pride and put a lot of energy toward that fight, and it’s something that we want to be part of our legacy. It was handed to us and we will pass it to the future generation,” Press explained.

Despite the significant difference in pay, the USWNT is making it clear that there is a bigger picture to the lawsuit. Not only do they want equal pay, they also hope to get more advertisement so their games can be shown as widely as the men’s games. They are also hoping for equal funding to both teams.

The team has many goals they hope to accomplish with this lawsuit, but the biggest one by far is that they hope it will help funding throughout all soccer, not just the U.S. teams. “Whether that is youth teams or staffing for each team or promotion and sponsorship, you know, advertising for both teams, I don’t think that that is equal yet,” Rapinoe said, expressing her hopes that this lawsuit will help more people than just the USWNT.

The women’s journey through coming out on top despite the inequality they have faced was recently published in a book by Caitlin Murray called
The National Team: The Inside Story of the Women Who Changed Soccer. It features the whole history of the USWNT as well as interviews with current and former players.

Although the team is working hard on their fight for equality, they aren’t losing focus on their preparation for the World Cup. They had a 5-3 win against Australia on April 4 and a 6-0 win against Belgium on April 7. The World Cup kicks off in France on June 7 and everyone is very excited to watch the USWNT in action.