What happens at Tech Week? 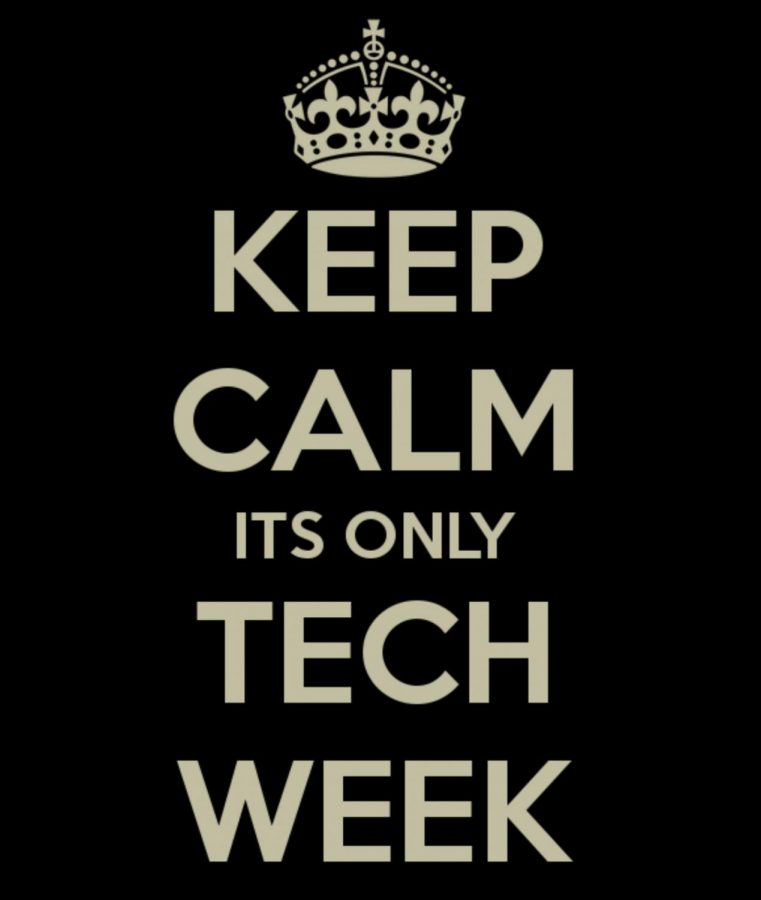 What goes on during Tech Week? Everyone hears about it from students who are in the play or musical, but a lot of students who are not involved in either of them don’t know what it actually is or what is done during it. Short version: a lot. It lasts from 6-10 p.m. and goes from Monday through Thursday with the first show Friday evening.

On the Monday before the show begins, the cast and crew make their way into the gym by six p.m. with warm ups starting a little bit later. The cast has their binders with scripts and notes. The crew begins assembling the stage extension. By around eight at night, the extension is fully assembled. Meanwhile, the cast has been practicing their lines with each other, as scenes are called up to practice in front of Ms. Rodman as she takes notes.

On Tuesday, all of the props have found their place in the back stage and extra backgrounds are put into place. Lighting is put up and the sound crew sets up. In the weeks before, part of the crew has been painting the backdrop to fit the show. The cast goes through their scenes again and again as Ms. Rodman critiques and helps them with stage directions.

By Wednesday, most of the crew’s hardest work has been done. It is up to the cast, with Ms. Rodman’s help, to finish polishing up their lines and actions. Thursday is a full dress rehearsal. The cast gets full costumes on and makeup done. The crew is backstage, prepping for the long night ahead. They make sure that the props are in place and everything will run smoothly as possible. The school gym is dark and the stage lights are on. Curtains open while Ms. Rodman watches from the front in the chairs that were set up earlier in the day. The first scene begins.

On Friday, the audience makes its way into the seats. The curtains open and the show begins. The cast has practiced their lines to as perfect as they can make them. The crew waits in the wings to make sure that everything goes smoothly. At the end of the show, there will be bows. Everyone is acknowledged, especially Ms. Rodman for all she has done for the show.