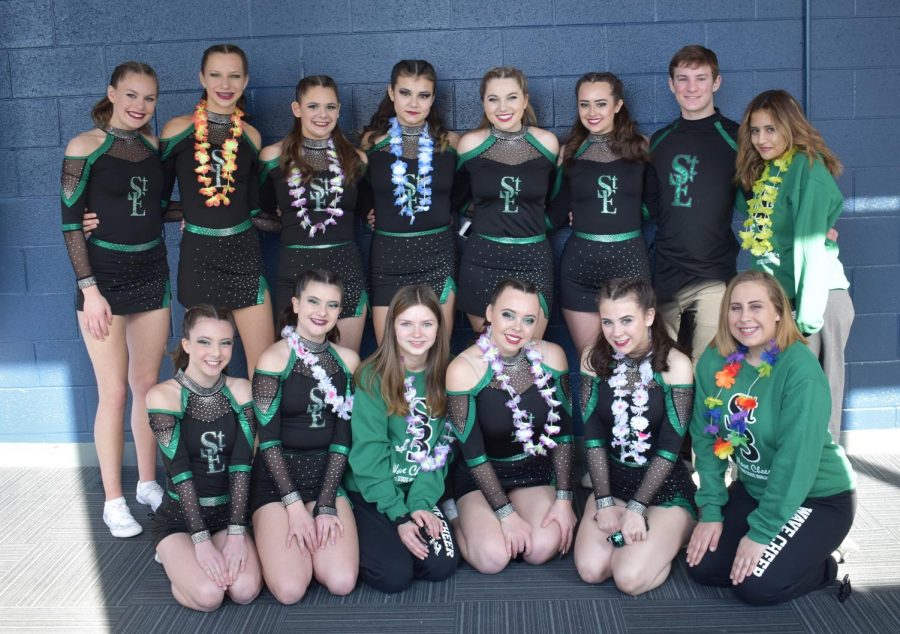 St. Edward’s cheer team had a very rewarding season this year. Both the JV and varsity teams got second place at conference, and the varsity team got first place at the Plainfield South Invitational. The varsity team, which has 7 members, went on to place in the top 5 for sectionals, which qualified them for state. They ended up placing 14th in state and they overall had an amazing season.

The Green Wave didn’t let that stop them! The team worked very hard to make it to state and they hope to do even better next year!