A taste in a capella 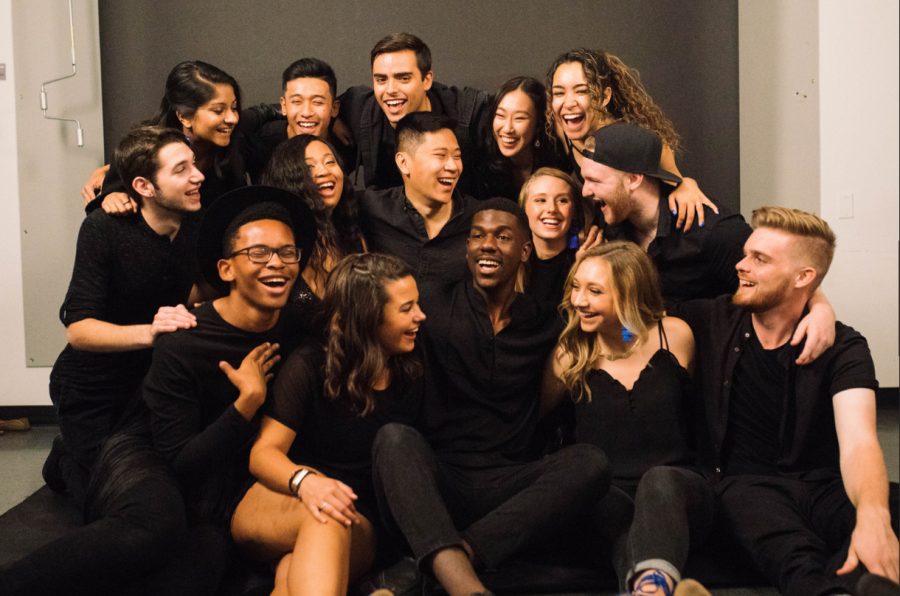 All 15 members of “No Comment” having a good time.

On January 10, 2019 the University of Illinois co-ed a cappella group, “No Comment”, came to preform and talk to us here at St. Edward. “No Comment” is a 15 member a cappella group from the University of Illinois that is constantly traveling, competing, and making new music. In 2015, “No Comment” was one of the five groups in the nation to be featured on “Sing It On.” “Sing It On” is a tv show where they have several musical groups from different American colleges compete for a spot in the International Championship of Collegiate A Cappella.

A cappella is more than just the fascinating sounds they can make, but also the members themselves. When they were setting up, you could see that they were all so happy to be here and to be singing with each other. They weren’t just a group stuck together; they were friends. “No Comment” sang two songs and then introduced themselves. Some of the fun facts they presented included knowing Snoop Dogg and calling him “Uncle Dogg,” being a extra in Pitch Perfect three, and literally rolling out of a car going 25 miles an hour. As you can tell, there’s more to an a capella group then just the music.

A cappella means “sung without instrumental accompaniment.” To be apart of an a cappella group means that you have to make the time to come to rehearsals and to practice. One question asked was, “You said you were a pre med student. Being in harder classes, do you find it easy to make time for this? Is it like a destresser?” One of the members responded,, “Definitely a destresser. Coming into college, I actually wasn’t going to do a group at all but then I realized pre med gives enough stress itself so I could use something to keep me sane. Classes last about three to four hours max so I do have spare time to fit this in. Being in this group also gives me people I can study with and who can help me out.” That answer really helps students who are bad at managing their time. They might start to feel more confident in joining groups in college and know it will help them make time for things and stay on track.

Many students going into college are not to confident in trying out for clubs or worried they won’t have enough time to participate in them. According to “No Comment” members, if you are interested in joining an a cappella group in college you definitely should. “When you went into college did you know you wanted to be in this group or how did you know?”

“When I came into college, I knew I wanted to be a vocal performer, and many things I thought I would do changed. College is the perfect place to figure out what you like and what you want to do.” Later in this same conversation, more people became interested and started asking more questions involving these topics.

“Your school is really big so how do you guys do auditions?” And they replied, “There is actually eight groups on campus and all of them hold auditions the first week of school. I know it sounds scary but it really isn’t. We all hold auditions at the same time, at same building, all at once. You sing for like 30 to 40 seconds of a song that you love and maybe some sight reading, which isn’t that hard. Then call backs are later that week as well.”

“No Comment” will be traveling to compete again soon and as they said “we have no plan in slowing down.” You can hear their songs on Spotify and iTunes, and you can keep up with them on their journey on Instagram and Twitter @UIUCnocomment and on Twitter and YouTube @no comment A cappella.